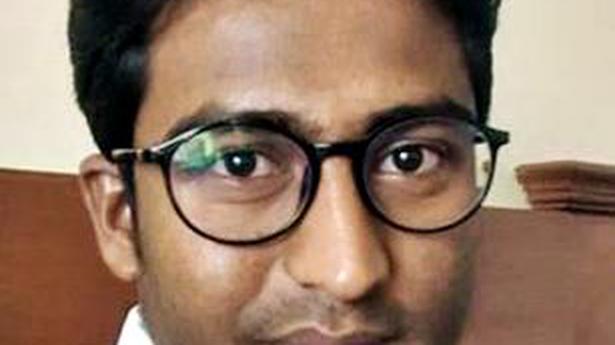 Girish Kalagond, native of Nagathan village in the taluk, has brought cheers to his family and his village by securing the 307th rank in the Union Public Service Commission (UPSC) exam for 2018.

Mr. Kalagond was working in a private firm in Bengaluru after completing his B.E..

“From my high school days, I dreamt of becoming an IAS officer,” he said.

Having cleared the UPSC in his fourth attempt, he said that he still have two more chances to improve his position.

“However, with the present ranking, I can get a job either in the Indian Revenue Services or the Department of Customs. I will decide whether I should take this or go for another try after consulting with others,” he said.

He studied in a government school at Nagathan and finished his higher education and engineering in Vijayapura city.

“After working in Bengaluru for two years, I became financially sound which encouraged me to start chasing the UPSC dream. I started preparing for which I also got a scholarship from the State government,” Mr. Kalagond said.

Tension prevailed as two TDP sympathisers were beaten up for allegedly creating nuisance at a feast hosted YSRCP MLA K. Nagarjuna Reddy at his native Kondepalli village, near Markapur, on Sunday. On an invitation extended by the MLA, a majority of the villagers, including 25-year-old Suresh and his mother Suvartamma turned up for lunch even […]