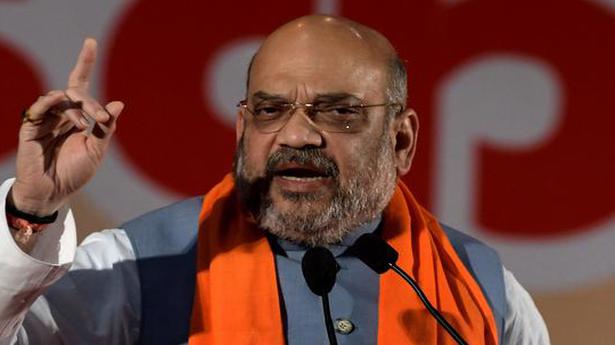 The US State department has taken note of uncertain future of four million individuals in Assam who were not included in the draft NRC. A 55-page report that includes reference to BJP leadership and government ministers, has detailed description of human rights abuses in India targeting minority communities and vulnerable sections of society.

“On September 24 , ruling BJP party president Amit Shah called Bangladeshis who may be in Assam “termites” who will be struck from the list of citizens,” stated the report highlighting that four million residents of Assam who were excluded from the draft NRC face uncertain citizenship status .

The report stated that Muslims, Dalits and Adivasis compose 53 percent of prisoners awaiting trial in jails and said that prison conditions in India remain “life threatening” due to a combination of unhealthy condition and absence of accountability.

It documented the death of cattle trader Rakbar Khan on last 22 July in police custody in Rajasthan, and hinted that criminal charges were not pressed against the arrested individuals even after three months.

The report also pointed out lack of accountability for human rights abuses by security forces in states like Uttar Pradesh, Chhattisgarh and Jammu and Kashmir.

The catalogue of human rights abuse in India also included use of child soldiers by insurgent groups who used the to attack government entities. States like Chhattisgarh, Jharkhand and Jammu Kashmir were listed as places where children are being recruited through “lottery system” by insurgent and militant outfits. The document stated that the Maoists were known to have employed children as young as 12 as soldiers.

The report included reference to physical attacks on journalists and online “trolls” who have attacked commentators online. It said that there were “numerous instances of being threatened or killed in response to their reporting”. It said that Indian police has continued to arrest citizens arbitrarily violating the law of the land.

“There were reports of police detaining individuals for custodial interrogation without identifying themselves or providing arrest warrants,” the report stated.

In central U.P., the Pasi vote is up for grabs

In a remote corner of Saraiyan village in Hardoi, the Pasis (Dalit) are faced with a dilemma. Despite their general anger with the BJP government, they are unable to choose between the BJP’s Jai Prakash Rawat and the Samajwadi Party’s Usha Verma, both members of their community. If Ms. Verma, a former MP, is criticised […]

Kanishak Kataria, a B.Tech from IIT Bombay, has topped the civil services final examination 2018, the results of which were announced by the UPSC on Friday, while Srushti Jayant Deshmukh is the topper among women candidates, securing an overall fifth rank. In a statement, the UPSC said a total of 759 candidates (577 men and […]

Telangana Rashtra Samithi (TRS), Shiv Sena, and Trinamool Congress (TMC) members in the Lok Sabha on Wednesday demanded that the Centre should release the Goods and Services Tax (GST) dues to the States. As soon as the Question Hour commenced, the TRS members stood up with posters and raised slogans, asking for the release of […]