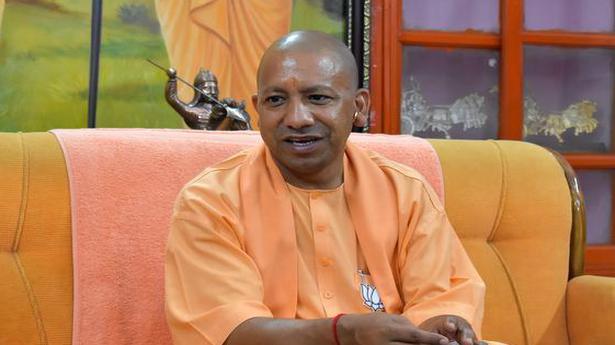 This came a day after Mr. Rajbhar, an ally of the BJP who has turned rebel, predicted the party would fare poorly in UP.  Mr. Rajbhar, on May 19, the last voting day, had predicted that the SP-BSP alliance would win a “large number” of seats in the seats and the BJP would suffer heavy losses, also because of his rebellion.

Mr. Rajbhar who has been on a warpath against the BJP after it denied him a ticket on his own symbol, said the BJP was “responsible” for its own losses as it did not take along its ally. Mr. Rajbhar is the president of the Suheldev Bharatiya Samaj Party.

He suggested that the BJP would lose primarily due to his rebellion.

“By not giving us one seat the BJP has damaged itself on 50,” said Mr. Rajbhar, who had been demanding the Ghosi seat for himself.

The BJP, however, wanted him to contest on its symbol.

His party fielded over 40 candidates in the election, most of them from the OBC community including his own caste Rajbhars, and even supported the Congress on some seats.

Mr. Rajbhar had decided to go solo after months of acrimony with the BJP largely over his  demand of sub-categorisation of the OBC quota. He said he would continue to build his party with “full force” for the 2022 Assembly elections.

Governor Ram Naik has accepted the recommendation and relieved Mr. Rajbhar of his post as Backward Class Welfare Minister. So, a day after voting for the last phase, Mr. Rajbhar is sacked from the government.

The action against Mr. Rajbhar also comes after he was caught on camera at a public meeting in Ghazipur days before voting hurling abuses at the BJP and asking his workers to thrash the BJP workers if they attempt to spread any misinformation about his party.

A BJP worker then filed a police complaint against Mr. Rajbhar, following which an FIR was lodged.

The Yogi Adityanath government is also expected to sack his other colleagues as well who had got plum posts in the State government just before polls when the BJP had attempted to appease its disgruntled ally.