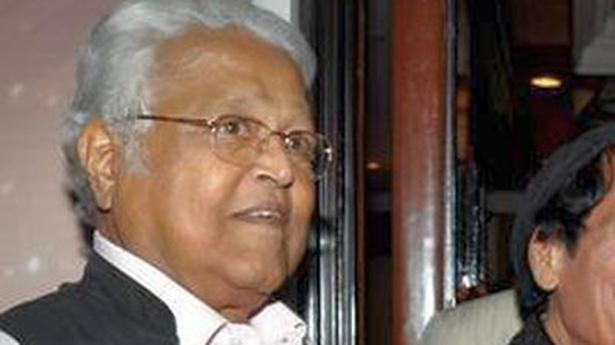 Veteran Hindi and Marathi film-theatre actor Viju Khote passed away on Monday due to multiple organ failure. He was 77.

The actor, most famous for playing the dacoit Kalia in Sholay and Robert in Andaz Apna Apna, died at his residence.

“He passed away today at 6.55 am peacefully in his sleep at the residence. He has been unwell since quite sometime. He had multiple organ failure,” actor Bhavana Balsavar, his niece, said.

“He did not wish to die in the hospital so we had brought him home few days ago. It is a great loss for all of us,” she said.

The last rites of the actor will be performed at Chandan Wadi around 11 am.

Air Travellers Association of India president Natukula Mohan on Monday said that proposed Bhogapuram international airport between Visakhapatnam-Srikakulam stretch would spur economic activity in North Andhra region and provide employment to thousands of youngsters in future. Along with the association members, he recalled the contribution of Wright Brothers for the aviation sector in the world […]

Rahul reaches out with dialysis kits

The investiture ceremony of the new batch of prefects was held in the Rashtriya Military School in Belagavi on Friday. Inspector-General of Police (Northern Range) Raghavendra Suhas spoke to students and urged them to prepare for a career in the Armed forces. “I see the sparkle of eagerness in your eyes to join the Armed […]