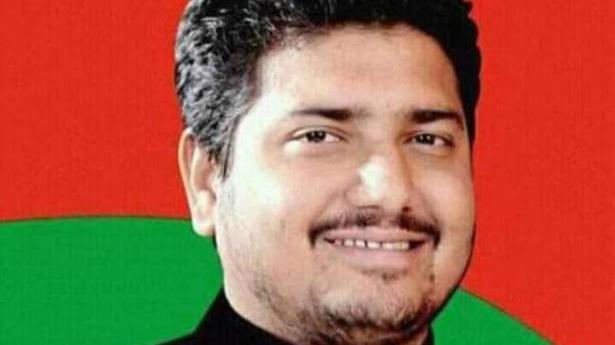 In a video that went viral on Monday, Nahid Hasan, SP MLA from Kairana, was heard making a communal appeal to Muslims to not buy goods from shopkeepers close to the BJP. “Buy your grocery from Jhijhana or Panipat [neighbouring towns]. If you take this pain for a month, these shopkeepers would understand your value. Their homes run because we buy goods from them. Still we have to suffer,” he was heard saying. He also described the administration as “BJP-minded.”

The Shamli police have taken cognisance of the video. Superintendent of Police Ajay Kumar said he had constituted an inquiry committee under Additional Superintendent of Police Rajesh Srivastava that would check the veracity of the video and the context of the appeal made by the MLA and submit its report in a day. “Following the orders of the district magistrate, we are undertaking an anti-encroachment drive in the town. We are removing squatters from the government land. It is not against vendors of any one community,” Mr. Srivastava told The Hindu. He said the administration was not taking any chances during the festival season in the communally sensitive city.

The kids are not alright

The kids are not alright Source: indiatoday.in Related

No clarity yet if disqualified MLAs can contest bypolls in Karnataka

The byelections to 15 of the 17 seats in the Karnataka Legislative Assembly are expected to be held on December 5 but there is no clarity, as yet, on whether the disqualified legislators can contest leave alone the conduct of the bypolls. The seats have remained vacant after the legislators concerned decided to walk out […]

The Tirumala Tirupati Devasthanams (TTD) management on Sunday condemned as ‘fake’ and ‘ill-intentioned’ the campaign making rounds in the social media about the famous Tirumala laddu. A fake news titled ‘Tirupati Laddu or Jesus Laddu’ is going viral on the social media, which mentioned that the laddu production and distribution at Tirumala had been entrusted […]