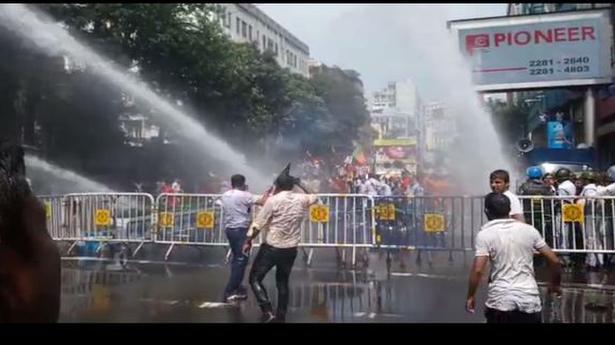 Violence erupted in Kolkata’s Central Avenue area on Wednesday during a protest rally organised by the Bharatiya Janata Party (BJP) youth wing on the issue of the power tariffs in Kolkata.

Hundreds of BJP workers marched towards the headquarters of Calcutta Electric Supply Corporation, the company which distributes power to Kolkata and adjoining areas. The BJP’s leadership was demanding a reduction in the existing power tariff in West Bengal.

Raju Banerjee and Sayantan Basu, the two general secretaries of the State BJP unit who were leading the rally, said that there was unprovoked use of force on the supporters. Both of them were detained by the police along with other supporters. Tension prevailed in the Central Avenue area as police tried to apprehended the protesters.

The Supreme Court is expected to take up on January 10, 2020 a batch of petitions filed by Rohingya immigrants about their living conditions and the Centre’s statement over two years ago to deport 40,000 of them back to their native land of Myanmar. On November 21, a three-judge Bench of Chief Justice of India […]