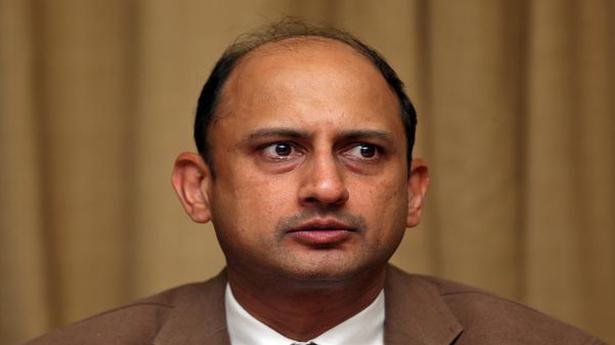 Reserve Bank of India Deputy Governor Viral Acharya has resigned from his position six months before the end of his term, according to sources in the central bank.

Mr. Acharya, who was in charge of the monetary policy department of the RBI, reportedly resigned due to “personal reasons”.

His departure is significant as it comes just a little more than six months after the resignation of Urjit Patel from the post of RBI Governor. It is also perhaps significant that Mr. Patel resigned shortly before the Bimal Jalan committee is to submit its report on whether RBI reserves could be transferred to the Centre or not.

Mr. Acharya had in October last year created a controversy by strongly alluding to the encroachment on autonomy of the central bank by the government. One of the tension points he highlighted was the treatment of the RBI reserves.

Meanwhile, the RBI in a statement in Mumbai said that Mr. Acharya is unable to continue his term beyond July 23, due to ‘unavoidable personal circumstances’.

“A few weeks ago, Mr. Acharya submitted a letter to the RBI informing that due to unavoidable personal circumstances, he is unable to continue his term as a Deputy Governor of the RBI beyond July 23, 2019. Consequential action arising from his letter is under consideration of the Competent Authority,” RBI said.

Electricity Minister M.M. Mani has said the government and the Kerala State Electricity Board will give due importance to solar power generation. Inaugurating the renovated office building of the Vythiri grama panchayat here on Monday, Mr.Mani said the government was making interventions in the power sector as it was essential for the State’s development. Priority […]

The Centre will, within three months, frame rules and set up an authority to implement the newly enacted Consumer Protection Act, Food and Consumer Affairs Minister Ram Vilas Paswan said on August 13. The Minister asserted that representation of all sections will be ensured while nominating members of the authority, and said rules will be […]