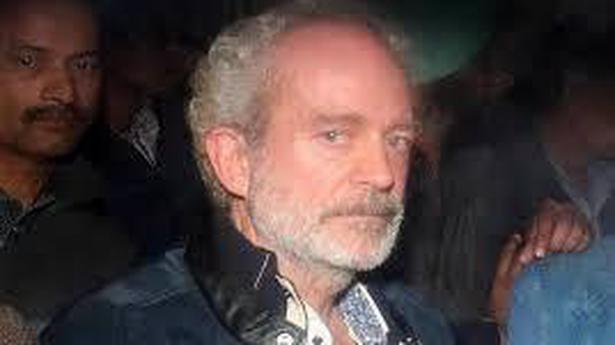 A Delhi court on Tuesday allowed the Enforcement Directorate to interrogate Christian Michel, the alleged middleman who was arrested in the AgustaWestland chopper scam case, inside the Tihar jail in New Delhi.

The court had on Monday asked Tihar Jail authorities to submit their reply on the agency’s plea and also issued a production warrant for Tuesday against Michel after his lawyer alleged mental torture inside the jail.

He was arrested by the ED on December 22 last year after his extradition from Dubai.

The court had earlier lashed out at the jail’s authorities for failing to justify the shifting of Michel to a high-security cell in isolation, saying it will start an inquiry if it does not get a proper response.

Michel is among the three alleged middlemen being probed in the scam by ED and the Central Bureau of Investigation. The others are Guido Haschke and Carlo Gerosa.

The Supreme Court on Monday refused to entertain a petition seeking a direction to the Centre to take steps for linking social media accounts with Aadhaar to check the menace of “fake and paid news“. The apex court granted liberty to the petitioner to approach the high court. The matter came up for hearing before […]

TNCC president K.S. Alagiri slammed Union Finance Minister Nirmala Sitharaman for her comments that millennials were now preferring not to commit to EMIs for an automobile and instead choose Ola or Uber or the Metrorail. “Economists have come to a conclusion that it is due to slowdown in the economy that people’s purchasing power has […]

No bar on movement of minerals extracted in Goa before cut-off date, says SC

The Supreme Court on Thursday clarified that its 2018 ban on mining operations in Goa does not bar private mining companies from transporting out whatever minerals they had extracted before the cut-off date of March 15, 2018. A three-judge Bench led by Chief Justice of India Sharad A. Bobde gave the companies a six-month window […]