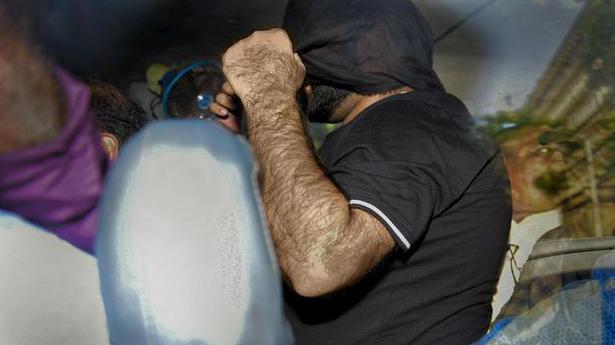 Ahmedraza Wadhariya, arrested by the Mumbai police Crime Branch with the nephew of wanted terrorist Dawood Ibrahim, is a hawala operator for the ‘D Gang’ with a network stretching across Mumbai, Gujarat and Dubai, investigating officers said on Friday.

Crime Branch officials, who spoke on the condition of anonymity, asserted that Wadhariya plays a major role in Dawood’s criminal network and was handling a large chunk of the gang’s money in India.

“Wadhariya hails from Gujarat and has had close ties with the D Gang for several years,” said a Crime Branch officer. “His role is to move money for the gang from Dubai to Mumbai, Mumbai to Gujarat and Gujarat to Dubai through a network of hawala channels. He has a large number of operatives in all three locations, including businessmen who deal in large amounts of cash daily,” the officer added.

The officer said the system operated on fear, with Sheikh Mohammed Faheem alias Faheem Machmach, one of the top lieutenants for the D Gang, acting as the muscle. Machmach is said to be very close to Shakeel Babumiyaan Sheikh alias Chhota Shakeel, is Dawood’s right-hand man.

A food fortification project being implemented in Rajasthan, which has covered wheat flour, soya dal analogue, oil and milk, has successfully provided micronutrients to vulnerable sections of population despite high figures of stunted growth of children. New strategies are being formulated to widen the project’s scope and reach out to more people. The State government […]

While NITI Aayog is now working on a tentative list of medical devices that have the most potential for export, to help the domestic manufacturing industry, with China being the biggest competitor in the field, a group of medical technology (meditech) companies have appealed to the Union Health Ministry to cut the high customs duties […]

‘CM looking into Away From Reactor facility issue’

The State government will take “appropriate decision” on setting up the ‘Away From Reactor’ spent fuel storage facility at the Kudankulam Nuclear Power Project (KKNPP) site as Chief Minister Edappadi K. Palaniswami is “closely examining” the issue, Minister for Environment K.C. Karuppannan has said. Speaking to reporters at Kovilpatti on Friday, Mr. Karuppannan, after participating […]