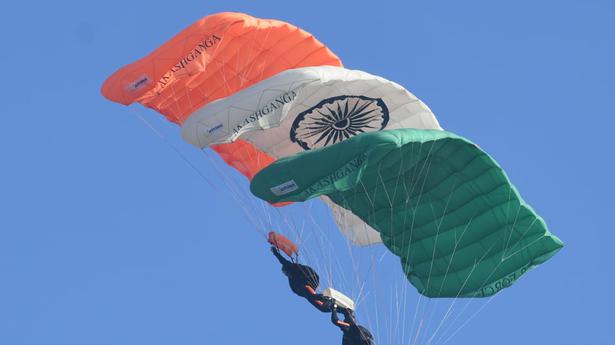 On the 87th Anniversary of the Indian Air Force, the Air Force Day parade was held at the Hindon Air force station. The air display commenced with flag-bearing sky divers of the Akash Ganga Team dropping out of an AN-32 aircraft with their colourful canopies. There was also a marching contingent Air Chief Marshal Rakesh Kumar Singh Bhadauria reviewed the parade.

Wg. Cdr. Abhinandan Varthaman, who was awarded Vir Chakra for shooting down a Pakistani F-16 during Balakot air strike, led a Mig-21 Bison formation at the Air Force Day parade on Tuesday.

The Air Force Day flypast also saw other pilots who took part in the Balakot air strike and were recently given Gallantry awards.

Every year, the Air Force Day is celebrated at Hindon base in presence of the IAF chief and senior officials of the three armed forces.

The IAF was founded on October 8, 1932, and the force has participated in several crucial wars and landmark missions.

Coronavirus lockdown | Tamil Nadu to distribute tokens for ration supplies on May 2, 3 instead of April 24, 25