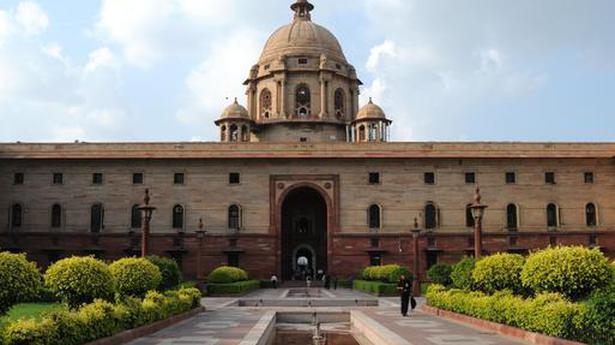 The Central government is redeveloping the three-km-long Central Vista and Parliament. A common Central secretariat will be constructed for all ministries that are currently spread over many buildings across Delhi. The project is estimated at a cost of Rs. 229.75 crores.

The CPWD selected a Gujarat-based architecture firm HCP Design as a consultant. The winning design by HCP would be published online. Public consultations would be held before the plan is finalised.

The Parliament House and the North and South Blocks were built by the British between 1911 and 1931. Post-1947, the government of independent India added office buildings such as Shastri Bhavan, Krishi Bhavan and Nirman Bhavan. While the British-built buildings are not earthquake-proof the buildings that came up after 1947 are prone to fires.

The new buildings are expected to have a lifespan of 150 to 200 years. They would be energy-efficient and modern workspaces.

The Parliament House and North and South Blocks will not be demolished, but their usage may change. The rest of the buildings that came up post-1947, including Shastri Bhavan and Krishi Bhavan, are likely to be demolished.

According to the government’s deadlines, the new Parliament has to be ready by March 2022 the 75th year of India’s Independence.

As many as 13 people who had returned from Maharashtra have tested positive for the COVID-19 infection, increasing the total number of cases in the di Source: thehindu.com Related

In a major development, Tripura BJP vice-president Subal Bhowmik quit the saffron party and is set to join the Congress, which is expected to nominate him as party candidate in West Tripura Lok Sabha constituency. Mr. Bhowmik’s dramatic decision preceded his midnight meeting with PCC president Pradyot Kishore Manikya. Mr. Manikya had reportedly agreed to […]