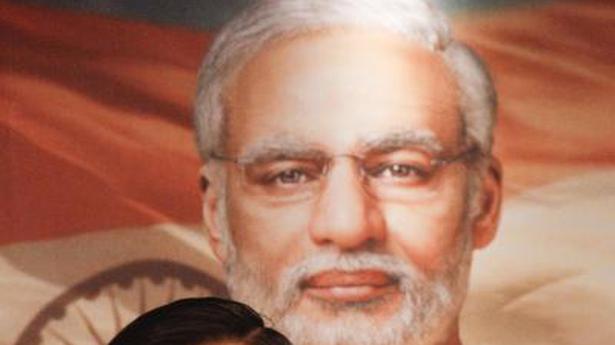 The Supreme Court on Monday directed the Election Commission of India (ECI) to watch the movie PM Narendra Modi fully before deciding on whether or not to stay its public screening.

A Bench led by Chief Justice of India Ranjan Gogoi asked the ECI to report back to the apex court in sealed cover by Friday on whether the movie is to be publicly screened or not.

The court found that the ECI had had “no occasion to watch” the film before passing its interim order on April 10 to stay its release. It seems, the court said, the ECI took its call on the basis of a short trailer.

“Consider the matter once again,” the court told the ECI.

The court also asked the ECI to provide the film makers an opportunity to be heard, if they so requested.

The court posted the next hearing on April 22.

The ECI had stayed the release of the biopic till further orders. According to the producers, the biopic was scheduled to hit the theatres on April 11, that is, on the very day the first phase of polling in the Lok Sabha polls kicked off.

Exercising its powers under Article 324 of the Constitution, the ECI had directed that any biopic material sub-serving the purposes of any political entity or any individual entity connected to it, which is intended to, or which has potential to, disturb the level playing field during the elections, should not be displayed during the MCC period.

“Any poster or publicity material concerning any such certified content, which either depicts a candidate (including prospective) for the furtherance (or purported to further) of electoral prospect, directly or indirectly, shall not be put to display in electronic media in the area where MCC [Model Code of Conduct] is in operation,” said the seven-page order.

In a separate letter to the producers of the biopic, the Commission explained that the film cannot be exhibited as it was a biopic on a political leader and prospective candidate in the General Elections.

The court had rejected an earlier plea by a Congress activist to stop the release of the film. That petition had claimed that the biopic was “blatant propaganda” adorned as a work of art in violation of the MCC for the Lok Sabha polls of 2019. The petition had been rejected by the court on April 9.

‘Vizianagaram will become epicentre of development’

Vizianagaram district will be the biggest and immediate beneficiary if Visakhapatnam is made the executive capital, feel experts and public representatives. Vizianagaram will be close to the proposed capital region if the YSRCP government zeroes in on the Bhimili constituency. The district has a rich past, but does not have proper natural resources and industries […]

Vice-President Venkaiah Naidu hit out at Pakistan calling it a contemporary epicentre of terrorism, at the 18th summit of Non-Aligned Movement countries at Azerbaijan. The Vice-President was responding to the speech of Pakistan President Arif Alvi, who said that terrorism should not be identified by any nation, region or religion alone. Mr. Alvi also said […]