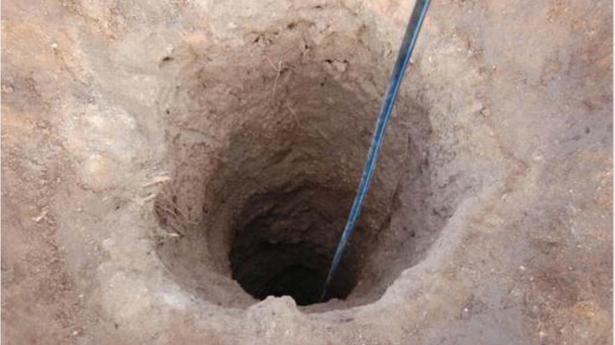 Two-year-old Sujith Wilson is not the only child to have met with a tragic end after falling into an abandoned borewell. At least 10 other children have died in a similar manner in Tamil Nadu over the past 15 years.

Sujith’s death brought to the fore the lack of awareness on sealing unused borewells and public apathy towards taking safety measures.

Several such mishaps have occurred in other parts of the country as well, including neighbouring Karnataka and as recently as in June this year, when a child fell a victim in Punjab.

Expressing anger over including portraits of Dr. B.R. Ambedkar in the campaign material of Ganeshotsav by Hindutva groups in Challakere of Chitradurga district, several Dalit organisations have demanded removal of the posters and banners in the town. Terming it “an attempt by Hindutva groups to appropriate Ambedkar”, the organisations submitted a memorandum to the tahsildar […]

Air Marshal Arvindra Singh Butola, Air Officer Commanding-in-Chief training Command of the Indian Air Force, visited the Air Force Station in Bidar on Friday for the valedictory function of the pilots’ training course and the Weapon System Officers course (WSO) at the base. He was accompanied by president, Air Force Wives Welfare Association (AFWWA) Regional […]

The government’s FAME-II plan for electric mobility stands to reduce 64% of the anticipated road-based energy demand by 2030 and 37% of carbon emissions by then, according to CII. The government had earlier this year notified the second phase of its scheme for the Faster Adoption and Manufacture of (hybrid and) Electric Vehicles in India […]