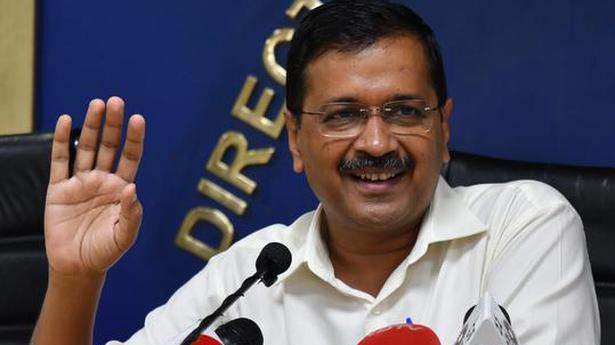 Chief Minister Arvind Kejriwal said on Thursday that the Delhi government is ready to be a part of the regularisation of unauthorized colonies.

“We invested ₹6000 cr. towards putting in place several amenities in these colonies over the last 4 years without waiting for an such move from the centre. We had given three to four suggestions to the Centre for the regularisation of such colonies such as fixing January 1, 2019 as the cut-off date,” said Mr. Kejriwal.

“We had also suggested that ‘O’ zone colonies in the vicinity of the Yamuna be regularised,” he added.

“We had also suggested that all such colonies should be regularised; even the three categorized as “posh” by the Centre. We are happy that the centre has taken this step; let’s hope the registries of such colonies are in the hands of the residents of these colonies before the elections,” said the Chief Minister.

“As soon as the centre is ready with the notification, we are ready to provide registries to as many as 40 lakh residents of such colonies within a month. We are ready to give all the credit on this to the Centre; let’s just start the process immediately,” he added.

Scaling up its efforts to tackle the COVID-19 outbreak, the Rajasthan government has reserved 47 private hospitals, with a total bed capacity of 5,283, in Jaipur district to meet a crisis situation. The hospital buildings will be used as isolation and quarantine centres when needed in urgency, requiring a swift action. Also read: Data | […]

The Central Bureau of Investigation has registered a case against the school authorities of a girls’ hotel in Imphal for alleged abetment to suicide of a 12-year-old girl who was found dead in her room on July 18. The agency took over the probe from the local police, following a direction from the Manipur High […]