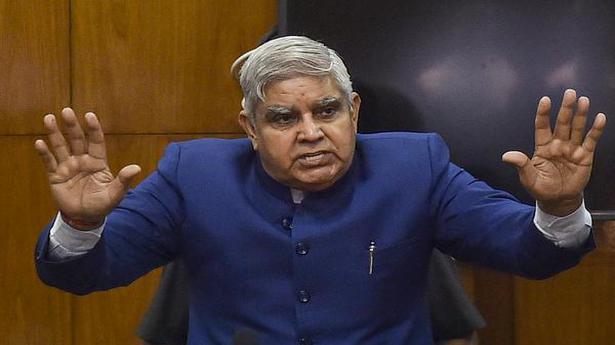 In an attempt to break the ice between Raj Bhawan and the State’s ruling party West Bengal Governor Jagdeep Dhankhar on Saturday said that he will visit the residence of Chief Minister Mamata Banerjee to participate in Kali Puja celebrations on October 27.

The Chief Minister has extended an invitation to the Governor and his wife to participate in the celebrations.

“The Hon’ble Governor Shri Jagdeep Dhankhar has conveyed to the Hon’ble Chief Minister on 25.10.2019 that he and his wife will be privileged to be at her place on the auspicious occasion of Kali Puja on the evening of 27 October, 2019 as indicated by her,” a press statement from the Raj Bhawan said.

Earlier in the day the Governor told journalists that he had written to the Chief Minister asking her that he wanted to come her residence on October 29, on the occasion of Bhatridwitiya (Bhai Phonta in Bengal).

The development assumes significance as the Governor on several occasions has been critical of the State government, particularly when government officials did not turn up to meet him when he visited the district.

Mr. Dhankhar has also raised questions on the law and order situation in the State and the functioning of the State Universities and higher education department.

From the Trinamool Congress, State Education Minister Partha Chaterjee has accused the Governor of “over stepping his constitutional jurisdiction”.

The stage is being set for the meeting of the chief secretaries of Telangana and Andhra Pradesh to resolve the pending issues relating to the AP Reorganisation Act 2014. The development follows an elaborate meeting Chief Minister K. Chandrasekhar Rao had with his A.P. counterpart Y.S. Jagan Mohan Reddy on Monday where they announced their […]

Kannada software development a must for greater outreach, says Baligar

The Kannada Sahitya Parishat (KSP) president Manu Baligar has said that Kannada language software must be upgraded and refined for greater reach and ease of use. He was speaking at the Haveri Galaganatha and N.S. Rajapurohit Foundation award programme organised by the Kuvempu Institute of Kannada Studies, University of Mysore, on Monday. Mr. Baligar said […]