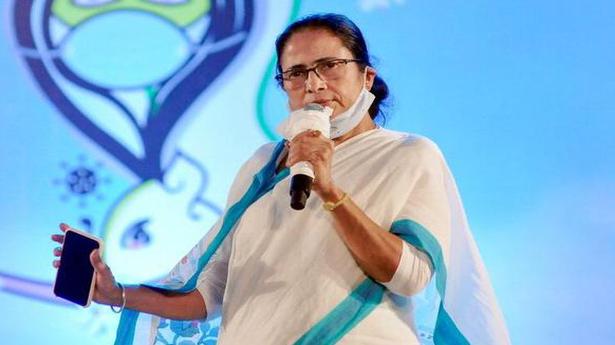 West Bengal on Saturday recorded 3,459 COVID-19 infections and 52 deaths as the State’s ruling Trinamool Congress accused the Centre of not providing enough monetary support to deal with the pandemic.

“Till now the Bengal govt. has already spent ₹4,000 crore [₹1,200 crore before June and ₹2,800 crore in the last few months] fighting the pandemic. The Centre gave ₹400 crore under the National Health Mission and State Disaster Response Mitigation Fund, but nothing specifically for it,” a statement issued by the TMC said.

Minister for Women and Child Development Sashi Panja also raised the issue at a press conference at the TMC headquarters and said starting from scratch, the West Bengal government has expeditiously built the necessary infrastructure to tackle the pandemic. Chief Minister Mamata Banerjee during the virtual meeting with Prime Minister Narendra Modi a few days ago had raised the issue of spending for it.

With 3,459 cases of infection, the number increased to 4,77,446. This is the first time in the past several days that the number of daily infections in the State has dropped by 3,500.

Sitting idle doesn’t come easy to 20-year-old Mahesh Jena, stuck at a COVID-19 isolation centre in Bichitrapur in Odisha’s Jajpur, more so because the youth has cycled 1,700 km across the country from Maharashtra to reach home. “The seven-day journey was more comfortable than the killing the boredom here,” said Mr. Jena, who pedalled home […]