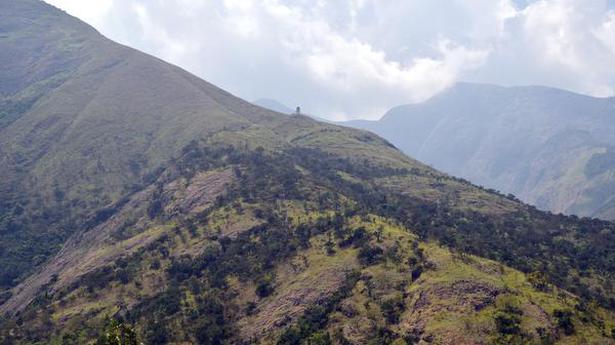 A year ago, Kurangani, a village in the district of Theni, was teeming with people from cities like Chennai and Bengaluru, seeking adventure. They would scale the Othamaram, Kolukkumalai and Top Station with the help of locals, to camp and trek on weekends.

The treks, largely unauthorised, created a small, yet thriving local economy by providing livelihood and supplementary income to many families in Kurangani and nearby hamlets. That is history now. Life for villagers changed after March 11, 2018, when 23 people were killed in a forest fire. “After the fire, everything abruptly ended,” says P. Dhanalakshmi, who ran a small shop.

The 23 victims were from two groups of trekkers, of which only one had engaged a local guide. While some escaped, 17 women and six men, who were descending from Othamaram, got caught in the blaze. Nine were charred to death on the spot and others battled for their lives at burns units of various hospitals. Eventually, they too succumbed.

Locals, who played a key role in rescuing the injured, say that the sight and smell of the tragedy remain etched in their memory. While the incident left families of the deceased traumatised, the villagers say they are staring at a different, desolate reality.

“The tourist buses have stopped coming and so has the income,” says Dhanalakshmi, whose shop remains closed since the incident.

While youngsters like K. Sathish from Kurangani earned at least ₹1,000 acting as guides on weekends, for people like Dhanalakshmi, the income came from providing food and other amenities to visitors.

Trekking, however, only provided an additional income. A far more pressing concern for the people of Kurangani and nearby hamlets today is the restriction on access to the forest after the incident.

P.P. Murugan of Kurangani says that a majority of people in the village either owned agricultural land inside the reserved forest or worked as labourers on those lands. “We grew coffee, cardamom, pepper and mango and used jeeps to take labourers for work and bring the produce. Now, vehicles are not allowed inside,” he says.

A. Sonaimuthu says that the restriction has almost put an end to agricultural activities and, consequently, their livelihood. “The labourers cannot trek that long daily and it has become extremely difficult to bring the produce downhill without vehicles,” he says.

The ban on movement of vehicles has created a deeper dent in the lives of those living in tribal hamlets inside the hills. “A week ago, my wife developed chest pain. We had to trek seven kilometres in the forest from Mudhuvarkudi to Kurangani. En route, we encountered a herd of wild buffaloes. Despite her ailment, my wife and I had to climb a tree and wait for an entire hour before the herd passed so as not to be mauled,” says S. Ramar, head of the tribal community in Mudhuvarkudi.

Education too has taken a hit. Ramar says the two teachers who used to occasionally visit and teach at the tribal school in Mudhuvarkudi have stopped coming altogether.

Ramar, who has also been made the head of the Ecotourism Management Committee (ETMC) formed in the area by the Forest Department, adds that it has become difficult for them to carry provisions to their village from the fair price shop in Kurangani without vehicles.

Conceding that there has been loss of income, Collector M. Pallavi Baldev, however, highlights that the trekking that was going on earlier was illegal and could not be allowed to continue. “Now, the Forest Department has regulated trekking by involving the ETMC,” she says.

She says the district administration is also planning initiatives through the Mahatma Gandhi National Rural Employment Guarantee Scheme and other schemes to improve livelihood options. “Whatever benefits and rights the tribal people are eligible for under the Forest Rights Act, we are ensuring them proactively,” she adds.

On banning the movement of jeeps inside the forest, a senior official of the ForestDepartment acknowledges that it is a delicate issue.

“The tribals have some genuine concerns, but we go by the Forest Rights Act which clearly states that the right of way can only be one metre wide. Moreover, the ban is not a consequence of the fire tragedy. We are enforcing this everywhere,” he says.

“When the tragedy occurred, government said our village will get special focus and it made several tall promises. Nothing was fulfilled. Only families of the deceased came to thank us for our role in the rescue. For this, we are grateful,” says Sonaimuthu.

The Ministry of Environment, Forest and Climate Change (MoEFCC) has granted Stage II environment clearance, directing the Andhra Pradesh State government to divert 154.42 hectares of forest land in favour of the Defence Research and Development Organisation (DRDO) for setting up a missile test launch facility at Gullalamoda village in Krishna district. The approval under […]

One of West Bengal’s most significant leaders Chhatradhar Mahato, who emerged from non-mainstream politics and led a successful people’s movement, was released from jail on Saturday. He immediately went to his hometown in Lalgarh on the Bengal-Jharkhand border, an epicentre of the Maoist movement a decade back. Mr. Mahato, the main leader of the People’s […]

‘Ensure that Union Ministries of External Affairs and Civil Aviation come up with a positive solution by next week’ Source: thehindu.com Related