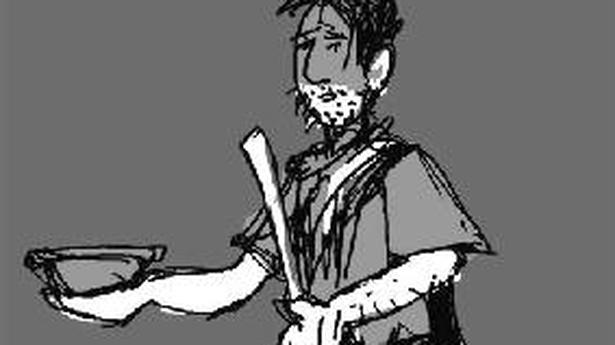 Did you know you were paying for the welfare of construction workers, rehabilitation of beggars, upkeep of libraries, creating awareness about road safety and maintaining cleanliness in the city?

The State government and urban local bodies (ULBs) have been collecting various cess and taxes as part of renewal of registration or as property tax. However, most taxes and cesses collected remain underutilised, even as various programmes suffer due to want of funds. A look at some examples.

A decade after the Karnataka Construction Workers’ Welfare Board came into existence to protect and secure construction workers lives, over ₹6,500 crore collected as cess remains unspent. Since its inception in 2007, the board has collected ₹7,250 crore as cess on construction work taken up across the State, of which only ₹550 crore has been spent so far.

Trade unions working for the welfare of construction workers claim that disbursal of compensation towards death and injury, pension, scholarships, pregnancy allowance, and others have been irregular and delayed.

In all, 20.40 lakh workers across the State are registered with the board, including 4.62 lakh who were registered in a special drive in rural areas. They are eligible to avail 11 types of facilities, including pension, compensation, scholarships and allowances.

So far, data from the Labour Department shows that claims seeking marriage allowance has been the highest with about ₹159 crore disbursed to 34,100 beneficiaries. Scholarships amounting to ₹151 crore have been released to 3.19 lakh beneficiaries over the decade. About ₹45 crore has been released so far towards conducting final rites of about 9,700 workers.

“The law has been good to protect the workers; but its implementation has been shoddy. Claims are not disposed off immediately. There have been inordinate delays. We have been urging the authorities to properly audit the collection of cess, as we believe many builders have tried to evade payment of cess, especially in Bengaluru,” said H.K. Ramachandrappa, a former member of the board and president of AITUC’s Construction Workers, Stone Cutters and Quarry Workers Union.

Labour Department Secretary Manjunath Naik was not available for comments.

According to an official, close to ₹5 crore is collected as green tax each year. These funds are mostly utilised to conduct awareness programmes on pollution, road safety measures and others.

Transport Commissioner V.P. Ikkeri said, “The green tax collected goes to the State government. The State allocates money from this fund for various initiatives that we take up to create awareness. At the district-level too, various road safety measures are taken up, which includes fixing accident black spots, putting up signages and others.”

SWM cess is a bone of contention

More than 20% of the property tax paid to the Bruhat Bengaluru Mahanagara Palike (BBMP) goes towards various cesses, including Solid Waste Management (SWM) cess. The BBMP has been collecting the SWM cess since 2011-12, based on the area of the property. BBMP officials said it collects around ₹55 crore annually as SWM cess. It spends nearly ₹1,000 crore on waste management in the city, which generates nearly 4,500 tonnes of garbage daily. But officials claim that the SWM cess collected is hardly 10% of the total expenditure of the BBMP on waste management.

The BBMP had earlier proposed to increase the SWM cess, but the proposal is now on the back-burner. “A hike in property tax would also mean an increase in the cess collected. However, due to Lok Sabha elections, the proposal did not go through,” said an official.

The civic body is also mulling making composting of wet waste mandatory. For this, the BBMP may provide some subsidy on composting kits as an incentive. However, several residents and apartment complexes who have in situ composting have been demanding a waiver in the SWM cess. Though BBMP Commissioner N. Manjunath Prasad had earlier announced that the civic body was mulling over providing the waiver to bulk waste generators who have in situ processing facility, no decision has been taken. “We plan to resend the proposal to the BBMP council soon,” an official said.

Civic bodies collect library cess as part of property tax from citizens every year. But the Department of Public Libraries has not received the library cess collected by municipal bodies, and the dues to the department are a whopping ₹455 crore from the last five years.

In the BBMP, 6% of the property tax collected is towards library cess. Satish Kumar S. Hosamani, director, Department of Public Libraries, Bengaluru, said they have repeatedly requested the BBMP and other municipal bodies to clear the dues.

Officials say that over the last few months, the department has received around ₹78 crore from the BBMP and ₹12 crore from other municipal bodies. However, according to an official, the money that is disbursed to the department in instalments is too little. Across Karnataka there are 6,798 public libraries, around 200 of which are in Bengaluru.

More than ₹54 crore was collected by the BBMP as beggary cess during the previous financial year (2018-19). The Karnataka Prohibition of Beggary Act, 1975, empowers ULBs, including the BBMP, to collect beggary cess as part of property tax. The municipal bodies are to transfer 3% of the tax collected for the rehabilitation of beggars.

An official of the committee told The Hindu that dues have been piling up since 2008-09.

This January, Lokayukta Vishwanatha Shetty had taken note of lack of funds and directed committee officials to recover the dues from the BBMP.

A BBMP official, however, claimed that it recently transferred ₹2 crore. “We release the funds as and when we get requests from the Central Relief Committee,” he added.

Congress MP H. Vasanthakumar was detained on the charge of violating the Representation of the People Act, 1951, while passing through the Nanguneri Assembly constituency on polling day. He was released a few hours later, after the police registered a case against him under Sections 143 (unlawful assembly) and 171 h (illegal payments in connection […]

The Pune-Bengaluru stretch of the National Highway 48 will remain closed for a few days for traffic. This is due to blockages at several points on the highway. There was a landslide near Kognoli in Maharashtra on Monday evening and flooding of the road near Kolhapur, Kakati, and Yamagarni villages along the way on Tuesday […]

Desperate farmers say they are eager to quit tobacco cultivation

Farmers in the traditional tobacco-growing areas in Prakasam and Nellore districts very well know that there is no future as the signatories to the Framework Convention of Tobacco Control (FCTC) of the World Health Organisation (WHO) are committed to facilitating a reduction in tobacco cultivation in phases. The farmers, both in the Southern Light Soil […]