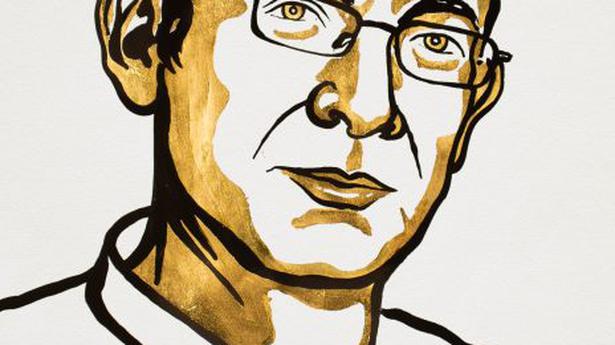 Indian-American Abhijit Banerjee, his wife Esther Duflo, and Michael Kremer have jointly won the Economics Nobel for the year 2019 for their “experimental approach to alleviating global poverty.”

He is the eighth Indian-born person to win a Nobel.

Abhijit Vinayak Banerjee is the Ford Foundation International Professor of Economics at Massachusetts Institute of Technology in the USA. Born in Kolkata, Dr. Banerjee’s parents were also economics professors. After his post-graduation from JNU, he obtained his Ph.D. in economics from Harvard University. He specialised in developmental economics.

In 2003, he founded the Abdul Latif Jameel Poverty Action Lab (J-PAL), along with Esther Duflo and Sendhil Mullainathan, and he remains one of the lab’s directors. J-PAL has carried out 568 field experiments, or Randomised Control Trials (RCTs), in 10 years in several countries, including India. This includes pollution control audit in Gujarat, MNREGA experiments, and a series of partnerships with the government of Tamil Nadu.

He also served on the UN Secretary-General’s High-level Panel of Eminent Persons on the Post-2015 Development Agenda.

Dr. Banerjee is the co-author of the award-winning Poor Economics. The book, which was co-authored by his wife and fellow Nobel Laureate Esther Duflo, delves deep into the lives of the world’s poorest and argues that poverty eradication begins with understanding the daily decisions facing the poor.

Dr. Banerjee was one of the economists consulted for formulating NYAY or Nyuntam Aay Yojana, a flagship scheme promised by Congress in its 2019 election manifesto that ambitiously aimed to provide basic income the poorest 20% of India’s population.

The Madras High Court on Friday sought the response of the Central Bureau of Investigation (CBI) by April 25 to a public interest lititation petition filed by six women lawyers, seeking appointment of a high-ranking woman official to probe cases related to the incidents of sexual abuse in Pollachi. The First Division Bench of Chief […]

Thousands turn up for Army recruitment drive in Jammu and Kashmir

Thousands of young men have turned up for an Army recruitment drive in Jammu and Kashmir despite widespread curbs imposed in the Valley by security forces. The drive that started on September 3 is being held on the outskirts of Reasi town. It will end on Monday. As per Army sources, more than 29,000 men […]

Minister for Environment, Forests, Science & Technology Indrakaran Reddy said on Wednesday that the State Government could ensure planting 113 crore saplings out of a target of 230 crore, across Telangana, as part of the Haritha Haaram programme. This year, during the fifth phase of the programme, the Government aimed to plant a total of […]