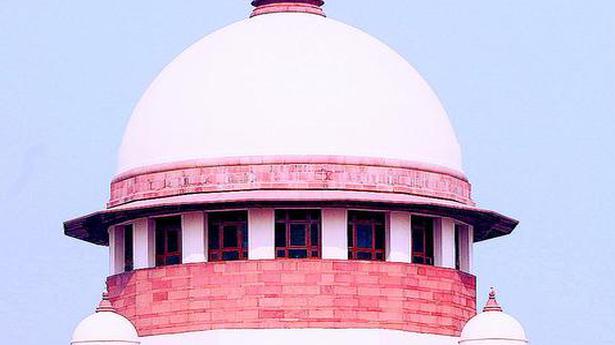 Chief Justice of India Ranjan Gogoi on Monday remarked that he will soon be setting a date for hearing the Rafale review petitions.

“I have said that a date will be given for the Rafale case. I will give a date,” the Chief Justice said.

There are hardly 14 working days left before the court closes for its long summer vacation in the second week of May. In week itself, there are only two court days — May 15 and May 16.

On April 10, the Bench led by Chief Justice Gogoi had declared unanimous support for the freedom of Press in a democracy by refusing the government’s preliminary plea to keep the Rafale jets’ purchase documents a secret.

The court said the documents published first by The Hindu in a series of articles since February this year would be considered while examining the merits of the five separate Rafale review petitions against its December 14 judgment upholding the 36 Rafale jets’ deal.

The government had claimed that the reviews were based on secret Rafale documents that had been removed without authorisation from the Ministry of Defence (MoD) and leaked to the media. Mr. Venugopal had argued that “stolen” documents came under the protection of the Official Secrets Act (OSA) and that they were not admissible as evidence in a court of law. Claiming privilege, the government had wanted the court to ignore the documents, even if they were found to be germane to the Rafale case, and dismiss the review petitions at a preliminary stage.

The apex court had, however, rubbished the government’s claim of privilege.

It said neither OSA nor any other law empowers the government to stop the media from publishing the documents nor the court from examining them.

Besides, Chief Justice Gogoi, in the main opinion, had said claiming privilege over the Rafale documents was an “exercise in utter futility”. The documents were already within the reach and knowledge of the entire citizenry. This being the scenario, there was no reason for the Supreme Court to stop itself from “reading and considering the documents or from shutting out its evidentiary worth and value”.

The court would hear the Rafale review petitions on merits. It would examine the reviews on the basis of the published documents. These documents span issues like disparity in the pricing details of the 36 jets’ deal, objections raised by the Indian negotiating team about parallel negotiations conducted by the Prime Minister’s Office (PMO), among others.

On April 10, the CJI had orally remarked in court immediately after the pronouncement of the operative part of the judgment that the dates of hearing the review petitions would be fixed later.

West Bengal peaceful as no fresh violence reported over CAA

West Bengal was peaceful with no fresh incident of violence over the new citizenship law reported so far on Thursday, police said. However, stray incidents of clashes between groups supporting the Citizenship (Amendment) Act, 2019 and those opposing it were reported on Wednesday. Five persons were injured when crude bombs were hurled at a protest […]

A Station House Officer was sent to the police lines after he and his two colleagues took off on a joyride in a seized car, ending up trapped in it for over three hours when the owner locked it using the GPS. The car, which was seized on Tuesday night following a squabble between two […]