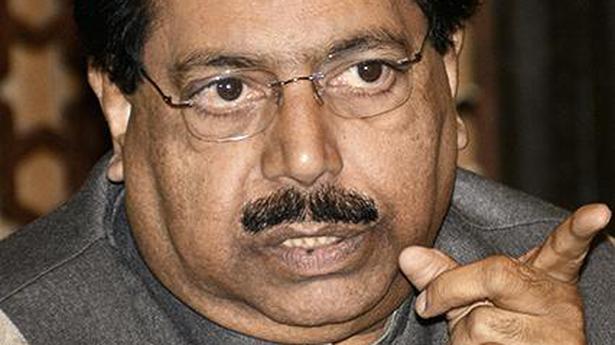 The Congress on Friday officially announced that it will be compelled to go it alone in Delhi if the Aam Aadmi Party wants Lok Sabha seats in States such as Punjab and Haryana.

P.C. Chacko, the All India Congress Committee in-charge for Delhi, however, kept a window open by indicating that the party wants to have an alliance to defeat the BJP.

“We are compelled to go on our own as AAP is going back on its stand,” said Mr. Chacko at a press conference.

Sharing details of the back-room talks that he and AAP leader Sanjay Singh were having, Mr. Chacko said the Congress had agreed to contest three of the seven Lok Sabha seats in the Capital, leaving four for AAP.

But the ruling party in Delhi then changed its stand and sought seats in Punjab and Haryana, said the Congress leader, describing it as an “impractical stand”.

“We are still ready (for an alliance) if AAP is willing to have an alliance in Delhi alone. We want to fight the BJP together,” Mr. Chacko said.

The names, sources said, had been finalised after a meeting of the Congress Election Committee on Thursday.

On the remaining seats in the Capital, names of former Chief Minister Sheila Dikshit from East Delhi and Olympian Sushil Kumar from South Delhi were being considered. While the former CM and current head of the party’s Delhi unit sought time for consultations, the wrestler’s consent hadn’t been obtained yet. The party had also zeroed in on former MP and Purvanchali leader Mahabal Mishra as its candidate from West Delhi.

Industry officials said the hike was necessitated because benchmark international rates have bounced back from a two-decade low Source: thehindu.com Related

More than 100,300 people have been infected globally by coronavirus, according to a Reuters tally based on statements from health ministries and government officials. Mainland China has seen more than 3,000 deaths, but the novel coronavirus is now spreading faster elsewhere. For interactive graphic by Reuters The World Health Organization (WHO) said every country should […]