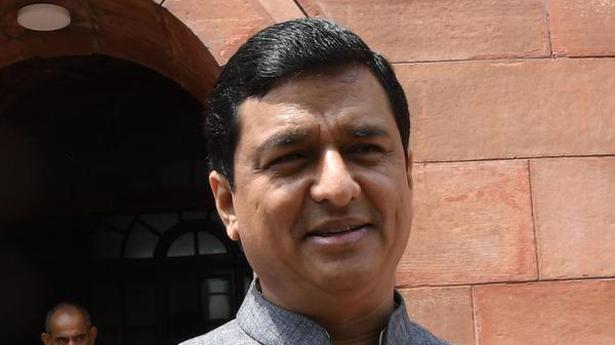 The BJP’s media head and Rajya Sabha member Anil Baluni said on Friday that the party will not only retain its winning seats but also emerge victorious in other constituencies. He said the BJP will win seats in Odisha, West Bengal and north-east region to improve its current tally. He also cited claims of opposition leaders, including BSP supremo Mayawati, about malfunctioning of EVMs, to say that it underscored their frustration following the BJP’s strong show.

Girl hurt in attack by rowdy-sheeter

A 16-year-old girl suffered a knife injury on her hand after a rowdy-sheeter allegedly attacked her with a knife for spurning his advances in Kothagudem on Friday evening. The shocking incident came to light on Monday after the mother of the girl approached the police seeking action against the rowdy-sheeter. According to sources, the accused […]

The Bombay High Court at Goa on April 22 issued notices to the office of the Goa Speaker, among others, following a petition seeking quashing of acting Speaker Michael Lobo’s order of March 27, approving a merger of a breakaway group of the Maharashtrawadi Gomantak Party(MGP) into the BJP. MGP is an alliance partner of […]

India and China have agreed to hold another meeting on matters relating to the boundary question after Prime Minister Narendra Modi met Chinese President Xi Jinping on the sidelines of the BRICS Summit in Brasilia, according to an official statement. The 21st round of the border talks, led by Special Representatives — India’s National Security […]