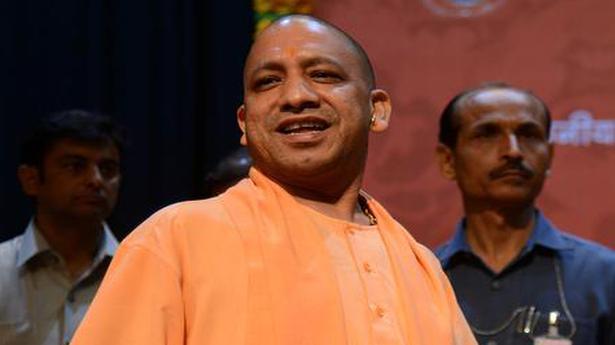 “Mr. Gandhi has left behind the Amethi seat in Uttar Pradesh and fled to Kerala. The morale of the members of the party can be gauged from the fact that its national president had to put his four-generation Lok Sabha seat behind and move to Kerala,” said Mr. Adityanath addressing a public meeting at Rourkela.

“A similar situation is prevailing in Odisha. Here, Mr. Patnaik has left his traditional seat behind and gone on to contest from the second seat. Where the leader is not confident of winning, god save the party,” he said.

“It is not hidden from you that when there was a Congress government, China used to intrude into Indian territory and Pakistan used to take away the heads of our soldiers after severing them. After Narendra Modi became Prime Minister, China could not dare enter the Indian border,” Mr. Adityanath said.

Moreover, when Pakistan encouraged terrorism by perpetrating a Pulwama-like attack, the Bharatiya Janata Party-led (BJP) government “gave a befitting reply by entering its territory” and “broke the backbone of terrorists”, he said, adding, “If this kind valour was exhibited, it was possible due to the strong will power of the PM Modi-led BJP government at the Centre.”

“On the one hand, the Modi government is working on ‘sabka saath, sabka vikas’ (‘together with all, development for all’) agenda, on the other hand, parties like the Congress and the BJD (Biju Janata Dal) are adopting a soft approach towards Naxalism and terrorism due to their negative and anti-national mindset,” said Mr. Adityanath.

“Opposition parties do not have any agenda for the development of the poor. They only want to spread anarchy. It is the BJP that adopts zero tolerance towards terrorism. Zero tolerance means striking at the roots of terrorism,” he said.

“In accordance with the BJP’s manifesto, Article 370 of the Indian Constitution will be done away with, Bangladeshis who have become a threat to national security will be expatriated, and a splendid Ram temple will be built in Ayodhya as per the Constitution,” said Mr. Adityanath.

A Delhi court on Thursday appointed advocate Ravi Qazi to represent Pawan Gupta, one of the four death row convicts in the Nirbhaya gang rape and murder case. Additional Session Judge Dharmender Rana appointed Mr. Qazi after Mr. Gupta refused to take a lawyer offered by DLSA as legal aid. The court had on Wednesday […]

Marumalarchi Dravida Munnetra Kazhagam (MDMK) founder Vaiko on Monday urged the AIADMK government to withdraw its 2017 notification delineating certain villages in Cuddalore and Nagapattinam districts as Petroleum, Chemicals and Petrochemicals Investment Region (PCPIR). In a statement, Mr. Vaiko referred to the July 2017 notification of the State government to acquire over 57,000 acre of […]