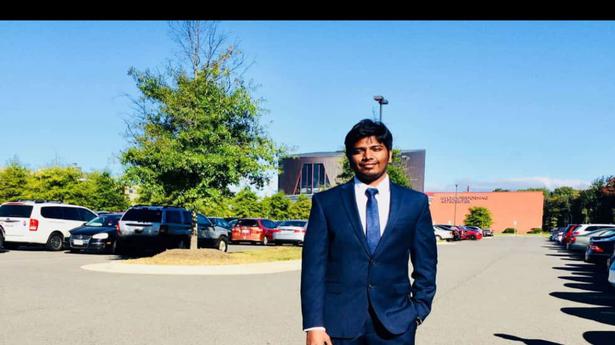 A youth from the coal town of Bellampally in Mancherial district accidentally drowned in the sea at Destin beach in Florida, USA, on Sunday.

Reddy Shravan (27) had been to the beach with his friends to make merry as it was Easter. His friends notified local security personnel on finding Shravan missing. The beach police could fish out the body at 2 a.m. on Monday IST, according to Shiva Kumar, Shravan’s friend in Bellampally.

Shravan had gone to the USA for higher studies in 2014 and was currently studying MBA. He wanted to establish a business along with his elder brother, who is also settled in America.

According to Mr. Shiva Kumar, Shravan’s family was not in town and is expected to return later in the day. Shravan was the youngest of the four children of Reddy Rajam and Malathi.

Doctors from private sector, those living overseas can now teach in medical colleges

Medical colleges can now appoint private doctors, including overseas citizens, on part-time basis to teach MBBS and post-graduate students, according to a government notification. The new regulations do not apply to all AIIMS institutions, PGI Chandigarh and JIPMER in Puducherry established under stand-alone Acts of Parliament, a senior health ministry official said. The decision by […]

The post-mortem report into the death of an Indian Gaur which had strayed into Mangaluru city on May 5 has said that it died due to “shock with cardia Source: thehindu.com Related