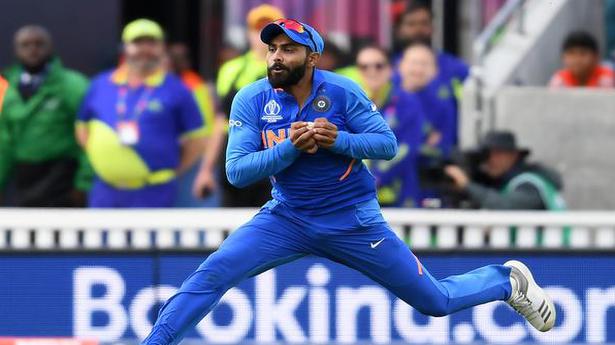 As India’s World Cup campaign progresses and the pitches get more worn out, India would do well to include Ravindra Jadeja for Kedar Jadhav in the eleven, believes former India captain K. Srikkanth.

“I have always had an attacking mindset. Bowlers win matches. The inclusion of Jadeja will give India a left-arm spinner who can bowl with control. He would be the spin back-up that India needs just in case one of the two wrist spinners has an off-day.”

And Srikkanth, one of the heroes in India’s 1983 World Cup triumph, added, “And Jadeja is a capable left-handed bat apart from being a terrific fielder.”

Srikkanth will be travelling to England as one of ICC’s ambassadors for the World Cup and attending India’s matches against the West Indies, England and Bangladesh.

He said, “This Indian team looks very good. Everybody is contributing, there is cohesion in the side and the fielding has been outstanding. Only Kuldeep Yadav needs to gain in confidence a little bit. As for being an ICC ambassador, I am honoured.”

The former India captain felt India, England and Australia were in line to qualify for the semifinals. “These three teams look very good. For the fourth place, it could be a toss up between New Zealand and the West Indies.”

Srikkanth expected Mohammed Shami to play a key role for India as the competition enters the climactic phase.

“He’s got the pace, movement and gets the ball to skid around. Shami’s a testing bowler. If the conditions favour pacemen, he could come in for Kuldeep.”

Turning his attention to Yuvraj Singh’s retirement from the game, Srikkanth said, “He was a game-changer and match-winners such as him come rare. An explosive left-hander, he was a very handy left-arm spinner in limited overs cricket. And he could be electric on the field.”

Srikkanth, who was the chairman of selectors when India triumphed in the 2011 World Cup, said “Yuvraj’s contribution to that victory was huge, with the bat and the ball. A gifted player, he could change the course of a match so easily.”

Srikkanth feels Virat Kohli and his men have the cricketing ability and the mental strength to give India its third World Cup conquest.

Sri Lanka’s depleted national cricket squad left for Pakistan on Tuesday expressing confidence in security promises by the host despite reports that the team could be targeted by militants. The Sri Lanka team were attacked in Lahore in 2009. Since then most international teams have refused to tour the South Asian country, leaving Pakistan to […]

Kohli puts his weight behind Pant

“He needs to be left alone, we know he’s a match-winner and once he comes good you will see a different version of him,” India captain Virat Kohli was unequivocal in his support for ‘under fire’ wicketkeeper-batsman Rishabh Pant. Kohli’s backing should bolster the youngster’s confidence. “We certainly believe in Rishabh’s ability. It’s the player’s […]

Gambhir wants country to back BCCI in boycotting Pakistan

Reiterating his stand on India’s total boycott of Pakistan, Gautam Gambhir said: “There can’t be conditional bans”. Speaking on the sidelines of an event here on Monday, he underlined the fact that it was for the BCCI to decide whether to play Pakistan in the World Cup. “All of us need to decide if sports […]