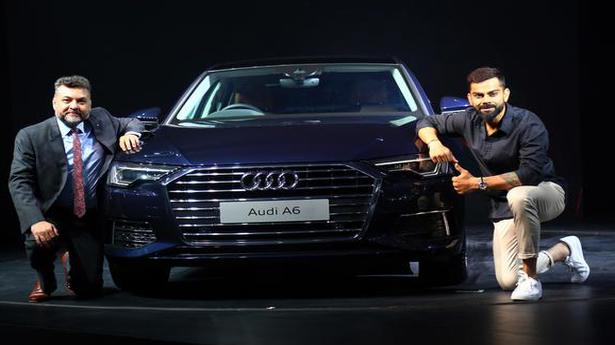 India captain Virat Kohli met the new BCCI president Sourav Ganguly at the Cricket Centre here on Thursday. Kohli had already congratulated Sourav and expressed his delight at the former cricketer being elected for the prestigious BCCI position.

Having completed the third Test against South Africa well before time, Kohli got the opportunity to meet Ganguly who, along with some Apex Council members, was at the BCCI office to get the hang of the administrative set up.

Before his meeting with Ganguly, Kohli spoke to the media at the launch of the new Audi A6 here. He said: “I have met him before to discuss a lot of things. I am looking forward to a good discussion. He is someone who has played a lot of cricket before, who knows the situation we are in, what the team needs, the requirements of Indian cricket.

“So you need a good, professional, high-level discussion. It will be a healthy discussion because I am playing currently and he has played before, there will be a understanding of these things. I have had good discussions in the past with him and I expect the same this time.”

On Wednesday, Ganguly had said that Kohli is the most important man in the entire context of Indian cricket.

Prasad also appeared thrilled by the occasion of discussing things with Ganguly. “Absolutely (thrilled), a cricketer at the helm. His thought process was fantastic, we had a very healthy discussion. His observations were not just as a president, but as a former cricketer. We are really thankful to him and I’m sure they are really invaluable suggestions which we will follow in the times to come.”

After the completion of the Ranchi Test, Kohli had expressed a wish that Test series should be played at the five traditional Test centres. He would have broached the topic again with Ganguly.

Sophie Devine led from the front, smashing an unbeaten 75 for her sixth straight T20 half-century, to guide New Zealand to a seven-wicket victory over another Sri Lanka in a Group A match of the ICC Women’s World Twenty20 World Cup on Saturday. In Group B, West Indies captain Stafanie Taylor, with an allround display, […]

A specialist will be employed to help embattled India cricketer Rishabh Pant improve his wicket-keeping skills, chief selector MSK Prasad said on December 23. Not long ago, Pant had worked under former India keeper Kiran More, seeking to improve his glove-work. The 22-year-old was slammed by fans for spilling a few chances in the third […]