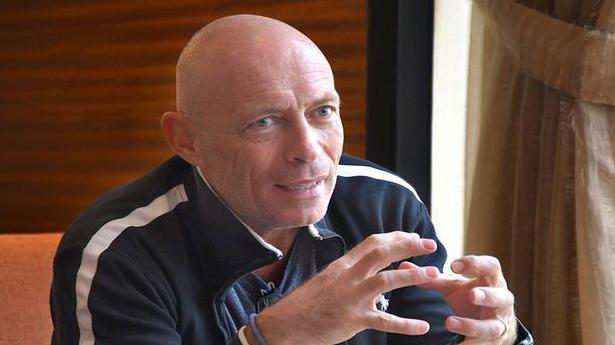 New Zealander Danny Morrison feels the ICC World Cup will be a wide-open affair. The former fast bowler, who played 11 World Cup matches, says the time has come for New Zealand to step up.

New Zealand has a good record of reaching the knockout stage — one final, six semifinals and one quarterfinal. Endowed with gifted individuals, the team has been led by 10 captains since 1975. Excerpts:

New Zealand was seen as a favourite in 1992 and 2015, but could not get its hands on the Cup? Is Kane Williamson’s team capable of upsetting all odds?

It’s fair to say that we have to step up. World Cup in England, two white-balls and if conditions are overcast, it would be fascinating. There will be a bit of New Zealand in England. We have genuine swing bowlers for early June, a mix of batters, and Mitchell Santner; he is quite similar to Daniel Vettori, both funky batters.

There is no reason why we should not make the semifinals. I think that would be the team’s goal. England is a small land mass, crappy weather, like New Zealand, very indifferent. The go to guys are Trent Boult and Tim Southee and there are the bits and pieces guys. Don’t know whether they will go with pace or medium pace sort of guys.

Who are your top four?

England and India. We have a great healthy rivalry with Australia, who have David Warner and Steve Smith back. Warner had a point to prove in the IPL after his suspension for a year. The big three (India, England and Australia) have the arsenal. Then New Zealand. And Pakistan, if its batting and bowling click together. The Pakistan players play a lot in those conditions. Can they get it all together, we know they can be ‘a bit pagal’.

My big love romantically would be the West Indies. [Chris] Gayle is on the way out, we know what Andre Russel has just done in the IPL and also Nicholas Pooran could even blossom more there. So it’s quite a wide-open World Cup.

Who will dominate, batsmen or bowlers?

If the weather is great and the pitch is dry, then the spinners come in. The pace of the ball will be important, and to work that out, delivering the correct delivery or funky deliveries at the right time is the key. And India has the variety — Kuldeep Yadav, Yuzvendra Chahal and Ravindra Jadeja.

As an opener you have to set the tone: Mayank Agarwal

Mayank Agarwal’s double hundred here saw the opener showcasing different aspects of his batsmanship. The Karnataka batsman said he accelerated after reaching the three-figure mark for the first time in his fledgling Test career. Mayank said here on Thursday, “After 100, I started pushing. Having crossed that milestone put some nerves at ease and then […]