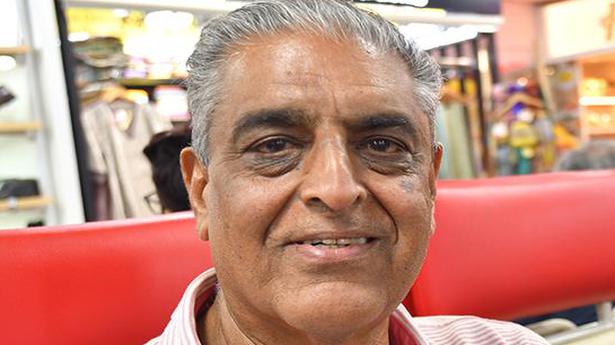 Ajinkya Rahane spoke his mind about not being given a consistent run in ODIs. He played his last match against South Africa in Centurion on January 16, 2018, and made an unbeaten 34.

It’s more than a year since, and Rahane has not found a place in the Indian team for the limited-over games and it appears — from the point of the team-management and the national selectors — he’s not really in the running for a berth in the World Cup squad.

Former national selector, Sanjay Jagdale, who was in Nagpur on Tuesday to see the second ODI between India and Australia, believes that Rahane should be in the Indian team for the quadrennial event to be held in England and Wales.

He doesn’t believe that Ambati Rayudu or Dinesh Karthik is the answers for the No. 4 spot. “I am not convinced and I think Rahane has the experience of playing in England and he should be playing this series. He has not been given the confidence. How long can India rely only on Virat Kohli?” asked Jagdale.

The former BCCI secretary Jagdale is pleased with the showing of both Vijay Shankar and Ravindra Jadeja in the second ODI. “I have not seen much of Vijay Shankar, but from what I have seen today [Tuesday], he looks good. And Jadeja has played a lot of cricket to bring in experience,” trailed off the former Madhya Pradesh allrounder who has played 53 First Class matches.

Not long ago, the Indian team would dominate visiting sides with its spin bowling prowess. But with time and a changed mindset, the country’s fast bowlers have come to the fore across formats. This home season, India’s three spinners took 37 wickets among them, while the three fast bowlers took 59 — in the absence […]

South Africa has ruled out participation in a proposed T20 series in Pakistan following its India tour next month, citing players’ workload. The tour will be rescheduled at a later date suitable to both the Pakistan Cricket Board (PCB) and Cricket South Africa (CSA), reported ‘ESPNCricinfo’ Source: thehindu.com Related