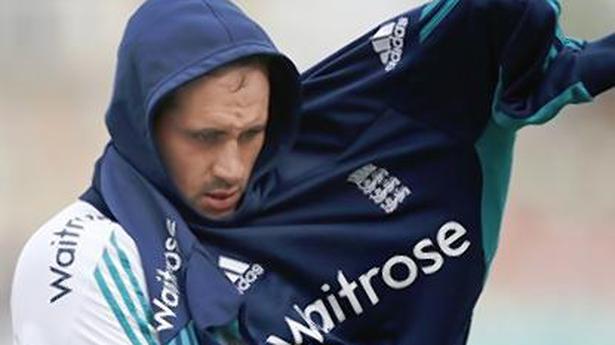 England batsman Alex Hales will not feature at the World Cup after being withdrawn from all international squads following an off-field incident not related to cricket, the ECB said on Monday.

Hales was included in the 15-man preliminary World Cup squad for the tournament but it emerged last week that he had been sanctioned under the ECB’s disciplinary policy for a second time.

A report in the Guardian said Hales was serving a ban from cricket for recreational drug use.

An ECB statement on Monday said: “Alex Hales has been withdrawn from all England squads ahead of the international season.”

Ashley Giles, ECB managing director of England Men’s Cricket, said: “We have thought long and hard about this decision.”

“We have worked hard to create the right environment around the England team and need to consider what is in the best interests of the team, to ensure they are free from any distractions and able to focus on being successful on the pitch. I want to make it clear this is not the end of Alex’s career as an England player.”

Hales has played 11 Tests, 70 ODIs and 60 T20Is but is now regarded as a white-ball specialist.

Swashbuckling Australian opener David Warner says he was surprised by the yorkers and bouncers of India’s pace spearhead Jasprit Bumrah in the ODI series-opener here. Warner, who remained unbeaten on 128 in his team’s 10-wicket win against India at the Wankhede Stadium, negated Bumrah’s challenge well on January 14. Skipper Aaron Finch also hit a […]

Sanju Samson has replaced Shikhar Dhawan for the New Zealand T20Is, the Board of Control for Cricket in India (BCCI) announced on Tuesday. In the ODIs, Mumbai batsman Prithvi Shaw got a maiden call-up in the wake of Dhawan’s injury. Dhawan, who suffered a shoulder injury during the Australia series, did not travel with the […]