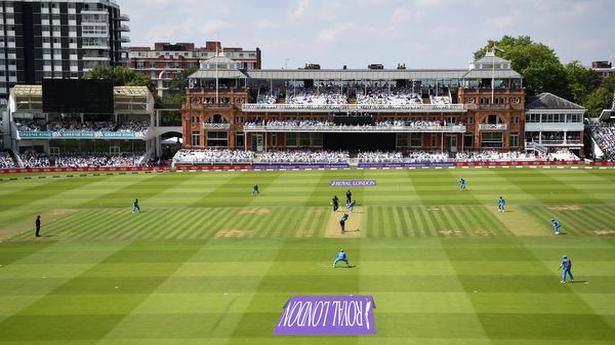 In a few months, there will be yet another doorway into cricket. Nearly half a century ago, when cricket was “dying” (as it is apparently doing again today), the One-Day International arrived to rescue it. A few years ago, when cricket was “dying” again, T20 arrived. And now, with cricket “dying” once more, The Hundred is here, or will soon be here, to rescue it. Last year, the International Cricket Council sanctioned a T10 league in the UAE.

It is impossible to tell just how many T20 enthusiasts walked through the door to swell the ranks of Test cricket enthusiasts. Or even if the traffic moved in the opposite direction.

In England, thanks to The Hundred, a five-year television deal worth £1.1 billion will see cricket return on terrestrial TV after two decades. Is The Hundred the answer? The scepticism was summed up by the editor of Wisden who wrote that this is English cricket’s Brexit, “an unnecessary gamble that had overshadowed all else, gone over budget and would end in tears” because it “hung over the English game like the sword of Damocles, suspended only by the conviction of a suited few.”

Will a fourth format be a better doorway? Will doorways be different in different countries?

Every new format of the game has engendered sceptics. India were the biggest sceptics when the T20 came around, and were reluctant entrants into the inaugural World Cup in that format.

Then they won, and life changed. The IPL was born, a doorway within a doorway, and millions of dollars, fans, words later, it is the one every player hopes to be picked for.

The IPL is hugely successful, attracting attention around the world, and often giving players the visibility and boost that gets them into the national team.

But even if a percentage of its audience is likely to be converted into supporters of first class cricket in general, is the majority the kind of fans one should wish for in the longest format?

The average fan at an IPL game is a raucous, impatient supporter of cricketers rather than the cricket (the distinction is an important one) and would be thoroughly out of place, even miserable, at a Test match. T20 has shortened history, with memory that goes back only to a few matches; Tests call for a better historic sense. What IPL has done is create a new audience — one which sees in the match an evening of entertainment and banter rather than one which looks to enhance understanding of the well-bowled off cutter or the perfect cover drive that does not go for six. The product is everything, the ends justify the means.

Someone made the point recently that “mankading”, or the bowler running out a non-striker backing up too far, is acceptable in T20 cricket, but not so in Tests. This is an interesting ethical distinction. Traditional cricket thrives on nuances; with every new format, some of the nuance is lost.

This is not to say that T20, for example, is bereft of logic or lacks a certain amount of tactical complexity. It is simpler, no doubt, but new ways of scoring runs or taking wickets are constantly being worked out.

Assuming that a number of T20 enthusiasts come through the doorway, the question we need to ask is both simple and presumptuous: is that the crowd that Test cricket will, or should welcome? Are numbers all that matters?

If T20 was a marketing solution to a cricketing problem, so is The Hundred. And should twenty balls make such a difference? How much can we take away from the game and still retain its character?

Then you remove two, and three and four and two thousand and five hundred thousand and so on. Is it still a heap when there are just ten grains left? Or three? At what point does the heap cease to be a heap? At what stage does cricket cease to be cricket?

Administrators aren’t too fussed about ancient Greek paradoxes. Their philosophical quest is much simpler: to discover at what stage lack of money becomes bagsful of it.

There are things known and things unknown and in between are the doors, according to writer Aldous Huxley or the rock star Jim Morrison or perhaps the poet William Blake. It does not matter who said it first. The sentiment is clear. We are in yet another in-between phase in cricket.

Mentally I was ready to open: Rohit

Rohit Sharma revealed he had been “prepared” for the last two years to open in a Test for India. He said after his unbeaten hundred — his fourth in Tests and first as an opener — here on Wednesday, “The talk was on for a long time about me opening the innings. In the West […]

India vs. New Zealand | Harnessing the wind is where Kiwis scored

In New Zealand cricket has a complex relationship with nature. Foreign teams fail to understand its dynamics and stumble in the process. You don’t have to look further than India’s capitulation in the first Test at the Basin Reserve. The side did not make use of the conditions like the New Zealanders did.   Subtle […]

Australia to guard against complacency in second test against Pakistan

Australia will not be complacent in the second Test against Pakistan this week despite the odds being stacked heavily in their favour, they said, insisting day-night cricket is a “completely different beast.” The match starting on Friday at Adelaide Oval is a pink-ball affair, which Australian captain Tim Paine said would produce different conditions with […]