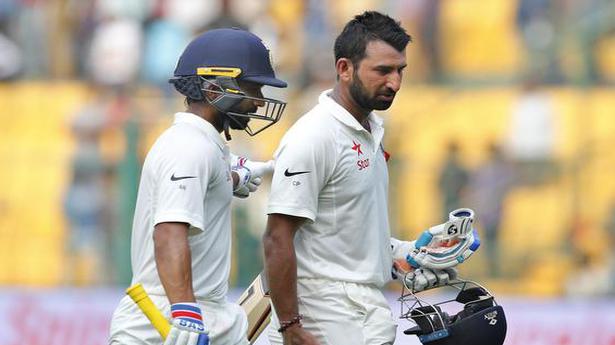 The second tour match, scheduled to begin from December 11, will be played with a pink ball.

India will look to figure out their playing XI as the Test squad gets into the groove by taking on Australia ‘A’ in a three-day warm-up game at Drummoyne Oval from Sunday.

With India and Australia playing the second T20I on the same day, the visiting Test squad has been named India ‘A’ for the first of the two practice games scheduled ahead of the much-anticipated four-Test series.

The tour games will be a chance to sort out India’s combinations both in the batting and bowling departments ahead of opening Day-Night Test scheduled at Adelaide from December 17.

In batting, Mayank Agarwal is set to open the innings but there is a question mark over his partner with the choice being between Prithvi Shaw and Shubman Gill.

While Shaw was preferred in the New Zealand series, he struggled for consistency in the IPL. Gill, on the other hand, have scored 440 runs for Kolkata Knight Riders and also looked in good touch in the third ODI.

The other option is KL Rahul, who has been in rampaging form and also formed a formidable pair with Mayank for the Kings XI Punjab, but the last time he had played a Test was in September 2019.

In the wicketkeeper’s slot, it will be Wriddhiman Saha versus Rishabh Pant.

For Saha, who had injured both his hamstrings during the IPL, it will be a test to show his fitness after getting back at the nets recently.

Pant has been India’s number one choice in overseas Tests but he was dropped from the limited over series and will have to deliver the goods to seal the keeper’s slot.

With skipper Virat Kohli going on paternity leave after the opening Test and the injured Rohit Sharma too uncertain, the onus will be on Ajinkya Rahane, Cheteshwar Pujara and Hanuma Vihari to show the way.

Rahane, the man likely to lead India in the absence of Kohli, will look for a good outing. Pujara and Vihari too will be itching to go out in the middle having last played a competitive game in the pre-COVID-19 days.

In the bowling department, Jasprit Bumrah, who was rested for the opening T20I, is expected to play the practice match as he looks to get into Test mode.

While Bumrah and Mohammed Shami will share the new ball in the Tests, the third pacer’s spot will be up for grabs and Mohammed Siraj, who looked good in the IPL, will be keen to seal it.

Umesh Yadav, with an experience of 46 Tests, is also an option but he was erratic in the two games that he had played in the IPL.

Ravindra Jadeja has been ruled out of the next two T20I matches after suffering concussion and it remains to be seen if he is fit for the Tests.

Ravichandran Ashwin’s form will be key if Jadeja is unavailable and it will also open the door for Kuldeep Yadav, who was once proclaimed as India’s number one overseas spinner by coach Ravi Shashri, following his exploits in Sydney last year.

For Australia, the spotlight will be on young William Pucovski as he looks to grab the opener’s slot following an injury to David Warner, who has been ruled of at least the opening Test.

Pucovski’s form in Sheffield Shield triggered a debate with many preferring him over Joe Burns but with Warner’s injury, coach Justin Langer has made it clear the slot will go to one who performs well in the tour games.

While the first three-day game will be a red-ball affair, the second tour match, scheduled to begin from December 11, will be played with a pink ball.

For the second time in as many weeks, a whole day’s play was lost due to wet outfield at the HPCA Stadium despite the snowy mountains overlooking the stadium basking in sunshine for virtually the whole day. With the penultimate day’s play of Himachal Pradesh’s Ranji Trophy Group B clash versus Mumbai abandoned, the visiting […]

Started sample collection of IPL players in the UAE: NADA

It is understood that NADA’s own Dope Control Officers (DCOs), who were due to fly to the UAE in the second week of September, are awaiting for necessary approval for the trip. Source: thehindu.com Related

With Haryana being the only team that has sealed a place in the semifinals of the Syed Mushtaq Ali Trophy, the last day of the Super League phase promises to be an interesting affair. All eyes on NRR With the possibility of both the groups witnessing a triple tie, a lot of teams were busy […]