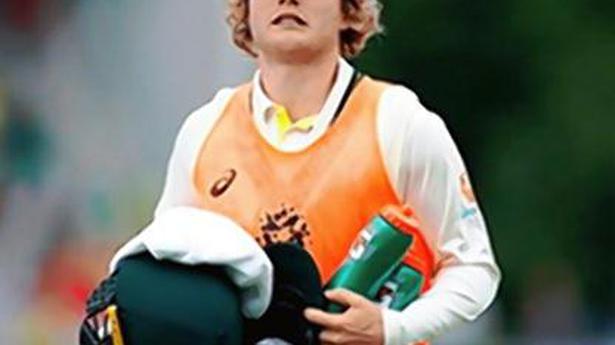 Former skippers, including Ian Chappell and Michael Clarke, have called for the inclusion of young opener Will Pucovski in Australia’s team for the upcoming four-Test series against India.

The 22-year-old has scored 457 runs so far this season and Clarke believes he must be handed a chance to face India during the Test series beginning in Adelaide on January 17.

“Got to pick him … this is a great way to work him into that Australian team,” Clarke said on Sky Sports radio.

“Yeah, it’s against a good team, India, but this kid’s ready … With (David) Warner as his opening partner, (Marnus) Labuschagne as his No.3, (Steve) Smith as his No.4, that’s the leadership and experience you need around you as a young batsman.”

Chappell, who captained Australia between 1971 and 1975, said Pucovski could be a better long-term option than Test opener Joe Burns, who averaged 32 for Australia last summer and had scores of 7, 29, 0, and 10 for Queensland this season.

“Burns has made not many runs at all in this summer and there comes a time where you think to yourself, ‘well, where is Burns going?’,” Chappell told the ABC.

“He’s probably not going anywhere, really, and it’s time to have a look at Pucovski.

“What’s that now? Six or seven first-class centuries? That includes a couple of doubles. He’s ready.”

Pucovski has scored six hundreds in 22 first-class matches at an average of 57.93.

Former Australian opener Mark Waugh also backed the youngster for the opening slot in the first Test against India.

“I would definitely be picking him for the first Test against India. He should be picked as an opening batsman,” Waugh told foxsports.com.au.

“Joe Burns has got a decent enough record but his start to the season hasn’t been ideal and he just hasn’t nailed that spot down.

“Last summer he looked good at times without making the big score and he has just left the door open for a younger player or an in-form player to pop in there.”

Pucovski has been out of cricket due to concussion and mental health issues.

“I don’t know the ins and outs of what his issues have been but I would imagine if he is ever going to be right and ready to go it would be now,” Waugh said.

“He is batting with a lot of confidence so he wouldn’t have the fear of failure there. He would be in a really good head space at the moment. Without knowing the intimate details I would say he is ready to go.”

Kim Hughes, who captained Australia in 28 Test matches between 1979 and 1984, too believes Pucovski is in a “good space” and should be included in the opening Test.

“He seems to have got those mental challenges sorted out. I would pick Pucovski.”

Inspired by M.S. Dhoni’s advice to develop red clay practice pitches at the Jharkhand State Cricket Association (JSCA) Stadium, the association has experimented on laying various types of tracks at the stadium complex here. JSCA curator S.B. Singh, who has been overseeing the preparation of these pitches on the smaller practice ground inside the stadium […]

Mohammad Nabi hit 84 off 54 balls as Afghanistan posted 164 for six against Bangladesh in the second match of the tri-series on Sunday. Nabi smashed three fours and seven sixes and shared a stand of 79 with Asghar Afghan (39) for the fifth wicket, helping Afghanistan recover from 40 for four. Mohammad Saifuddin finished […]