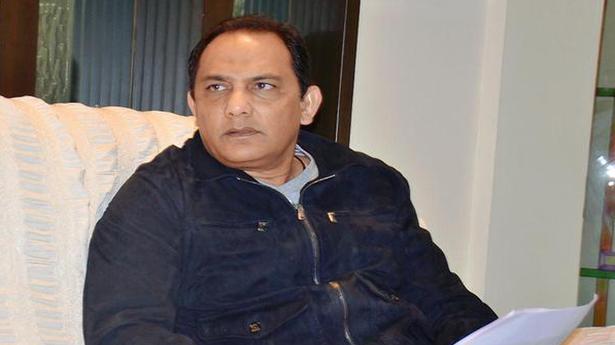 Former India captain Mohammad Azharuddin was not only elected president of Hyderabad Cricket Association on Friday but also led his team to a clean sweep in the elections held at the Rajiv Gandhi Stadium in Hyderabad on Friday.

A delighted Azhar, in a chat with The Hindu, said: “I sincerely thank all those who supported me and also my panel members in this election. They have done their job and the onus is on us to implement each and every promise we made before the election.”

“My top priority is to improve cricket and the welfare of the players. As a player I am aware what exactly the players look for from the Association and I promise them that I will not disappoint them,” Azhar said.

“Yes, this huge win is a big responsibility on me and I make it clear that I will take everyone with me, as the intention of the majority of the members is to revive the old glory of Hyderabad cricket,” he said.

“I promise that we will not be confined to mere promising but will deliver the goods. You will all see the change in how the HCA will be run in the coming days. I have always believed that a cricket association has to be run in a professional manner and not like a personal fiefdom of a few. I assure everyone that a new phase of cricket administration will be ushered in in HCA,” Azhar concluded.

Everyone is keen for IPL to go ahead: Cummins on fate of Indian Premier League

The costliest foreign player in Indian Premier League, Pat Cummins says everyone, including his team Kolkata Knight Riders, is still hopeful of the 13th edition of the T20 event to go ahead sometime later. The Australian, however, conceded that the priority now is to minimise the risk of spreading the coronavirus. The IPL was originally […]

Australia’s Alyssa Healy smashed an unbeaten 148 off 61 balls to set a new world record for the highest individual score in women’s Twenty20 internationals at the North Sydney Oval on Wednesday. Healy reached her century in just 46 balls, the second fastest in history, as Australia piled up 226 for two in the final […]

We are all in deep shock, says Tamim Iqbal

The Bangladesh cricket team is still reeling from the shock of a narrow escape in Christchurch where gunmen opened fire, killing 49 people in Masjid Al Noor on Friday afternoon. Hours later, Tamim Iqbal was lost for words. The Bangladesh batsman, who had visited the mosque with his teammates, could not believe he had just […]