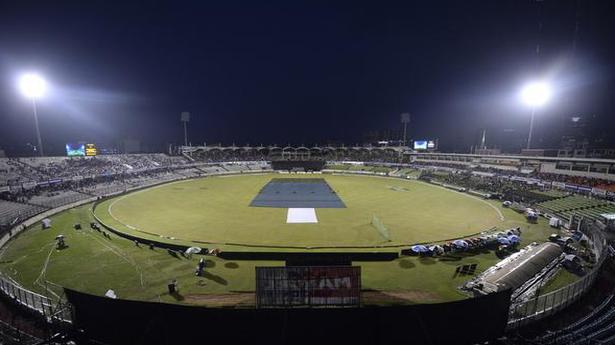 The final of the tri-nation Twenty20 tournament between Bangladesh and Afghanistan washed out without a ball being bowled at the Sher-e-Bangla National Stadium in Dhaka on Tuesday.

Match officials declared the game abandoned at 9pm local time (1500GMT) as the rain showed no sign of stopping — making it impossible to hold even a curtailed-over game.

The trophy was shared between the two teams after the wash-out.

It means hosts Bangladesh got a hand on the trophy of a Twenty20 tournament involving more than two teams for the first time in their history.

The wash-out also rounded off a mixed tournament for both teams as Bangladesh won three of their four matches in the league phase, while Afghanistan won their first two matches before losing the next two.

Zimbabwe was the other team of the tournament.

Cricket Australia (CA) may propose introduction of reserve days for the semifinals of the men’s T20 World Cup at the ICC Cricket Committee meeting later this year. Earlier this month, the ICC had faced a lot of flak for not having a reserve day for the knockout stages of the women’s T20 World Cup in […]

Delhi Capitals captain Shreyas Iyer won the toss and opted to bowl in their IPL match against Kolkata Knight Riders in Kolkata on Friday. KKR made three changes from the playing eleven of their last match with Lockie Ferguson, Joe Denly and Carlos Brathwaite coming in place of Sunil Narine, Harry Gurney and Chris Lynn. […]

The Barsapara Stadium in Guwahati will host former champions Rajasthan Royals’ first two home matches during the upcoming edition of the Indian Premier League, the BCCI said on Thursday. “They will now play Delhi Capitals & Kolkata Knight Riders on April 5 and April 9 respectively in Guwahati. Both games will have an 8 PM […]