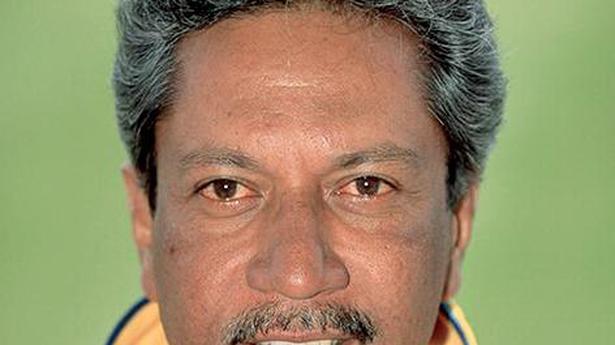 Sheer indifference may have resulted in many cricketers not becoming a member of the Indian Cricketers Association (ICA) in order to take part in its first election through e-voting from Oct. 11 to 13.

But some well-known cricketers, male and female, who have played for India and for their States in the BCCI domestic tournaments, have entered the ICA election fray.

According to the final electoral list announced by the electoral officer, N. Gopalaswami, 1,267 are eligible to vote in the three-day e-voting.

The applications of cricketers who expressed their interest in becoming a member of the ICA on or before Sept. 21 were considered by the BCCI’s electoral officer.

There are three cricketers — Aunshuman Gaekwad, Kirti Azad and Rakesh Dhruv — in the fray for the ICA male cricketer representative post. Both Gaekwad and Azad are former India cricketers, and both have been networking hard to get the registered cricketers vote for them. Former Saurashtra and Gujarat left-arm spinner Dhruv is also campaigning.

Former Delhi cricketer Ashu Dani and Gujarat’s Hitesh Majmudar, who was the bowling coach of Gujarat and has worked with Jasprit Bumrah, are in the contest for the ICA secretary’s post.

Ambati Rayudu is back in cricketing gear after enjoying the World Cup with 3D glasses. Robin Uthappa has a new team. Shreyas Iyer, having virtually sealed a place in India’s limited-over squad, has returned to lead Mumbai’s title defence. Rishabh Pant will hope to regain some confidence before joining India’s Test squad. The domestic teams’ […]

India’s decision to turn Rohit Sharma into a Test opener hasn’t worked out so badly after all. He now has three hundreds from four innings, and has inflicted so much pain on South Africa that India will wonder why this could not have been tried sooner. On Sunday, Rohit completed his maiden Test double hundred, […]

It will be a bigger challenge to beat Australia in 2020 Test series: Ganguly

BCCI president Sourav Ganguly feels beating Australia on their home soil will be a bigger challenge for India next year compared to the one in 2018-19 when Steve Smith and David Warner were not present in the opposition ranks. Smith and Warner were serving ball-tampering bans when India won their first series in Australia, ending […]