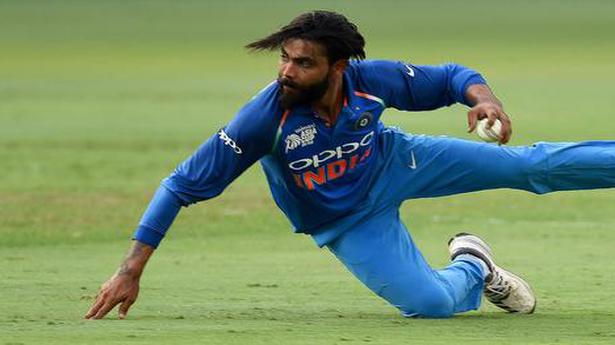 Indian cricket saw a significant development after the ICC Champions Trophy final in 2017 in England. The Men in Blue’s premier spinners were off-spinner R. Ashwin and left-arm spinner Ravindra Jadeja. However, their wicketless spells (Ashwin: 10-0-70-0 and Jadeja: 8-0-67-0) and inability to make any impact in the title match resulted in Pakistan registering a resounding win.

The two, with the squad already selected for the tour of the West Indies, figured in the subsequent ODI series, but skipper Virat Kohli and Ravi Shastri, who returned as coach for a second stint, lost faith in the finger spinners.

There are whispers that the 30-year-old Jadeja will come into the picture for the World Cup but only in the event of Hardik Pandya not making a full recovery from his lower back problem. The Saurashtra bowler, who conceded only 33 runs in his 10-over spell against Australia in Hyderabad on Saturday, came in for praise from Kohli. It was Jadeja’s 14th ODI after the Champions Trophy final.

The firm belief that wrist spinners would yield better results caused the biggest change in style of the Indian spin attack two years ago. Leg-spinner Yuzvendra Chahal made his debut against Zimbabwe in June 2016 and Kuldeep Yadav, the chinaman bowler, played his first match against the West Indies a year after Chahal. Chahal has taken 71 wickets in 40 matches at a strike rate of 29.76 and Kuldeep 79 in 40 games at 26.05.

A rich harvest of 150 wickets in 80 matches and being the architects of quite a few triumphs has made them the clear choice for the World Cup. Chahal (30 overs, two wickets) has not been as successful as Kuldeep (30 overs, nine wickets) in England, but as a combination, they have dominated even against quality opposition.

Wrist spin will provide the thrust on pitches that have consistent bounce and are not likely to afford excessive seam movement. However, what is in favour of Jadeja is that he brings in a 148-match experience, with additional values of being a terrific fielder and handy left-hander low down the order.

“If they continue to remain in that bio-bubble and we can send a charter plane then they are as secure as other players,” RCB chairman Sanjeev Churiwala said Source: thehindu.com Related