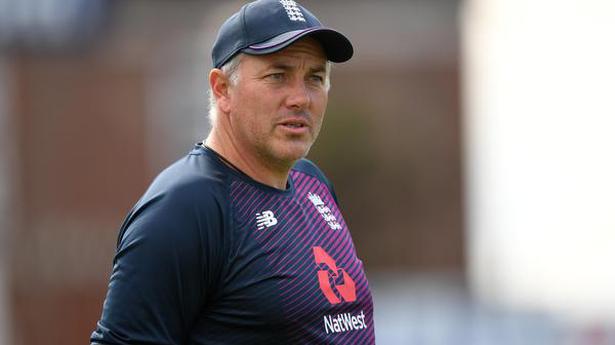 Chris Silverwood was named England head coach on Monday in place of Trevor Bayliss as the England and Wales Cricket Board (ECB) opted against another overseas candidate to take the team forward.

They struggled for consistency in Tests under his guidance, slipping to fourth in the world rankings, but enjoyed sustained success in one-day cricket, rising to the top of the rankings and winning their first 50-over World Cup title this year, on home soil.

The 44-year-old Silverwood played six Tests and seven one-day internationals for England as a fast bowler during his playing career, the majority of which was spent with his native county Yorkshire.

He moved into coaching and in 2017 led Essex to their first County Championship title for 25 years before becoming England pace bowling coach.

“Chris was the standout candidate,” England director of cricket Ashley Giles said in a statement.

“He is what we need to take our international teams forward. He’s somebody we know well, but it is his intimate understanding of our structures and systems and his close relationships with Test captain Joe Root and white-ball captain Eoin Morgan that will help us develop our plans for the next few years,” Giles added.

“He has performed exceptionally well during his role as an assistant coach and has the ultimate respect of the players’ that have worked with him.”

Silverwood’s first assignment will be England’s tour of New Zealand on which they play five Twenty20 internationals starting on November 1 and two Tests, before they travel to South Africa.

“I’m excited to get started and build teams that the whole game can be proud of,” Silverwood said.

“There is a tremendous amount of talent coming through, and enormous potential for growth. The hard work starts now, and I’m confident we can make a positive impact during our winter tours of New Zealand and South Africa.”

Former England captain Nasser Hussain said Silverwood was a safe pair of hands, but that the job represented a big step up for him.

“There is a massive difference between being a friendly bowling coach and being the main man, picking and choosing your time to get hard and tough with the players, especially in the Test arena. That will be a challenge,” Hussain told Sky Sports.

“At the moment he is popular but if he wants to do a good job he might have to upset a few people.”

Opener Janneman Malan struck a sparkling unbeaten century to guide South Africa to a six-wicket win over Australia in the second ODI here on Wednesday which sealed 2-0 victory in the three-match series. Australia, which chose to bat, was all out for 271 as Lungi Ngidi completed career-best figures of six for 58. Malan anchored […]

BCCI sidesteps RTI queries after agreeing to come under NADA

BCCI CEO Rahul Johri on Friday sidestepped queries on the Board coming under the Right to Information (RTI) Act, which could become a reality after the country’s cricket board agreed to the National Anti-Doping Agency (NADA) norms. By coming under the ambit of NADA following a meeting with sports ministry, the BCCI has effectively become […]