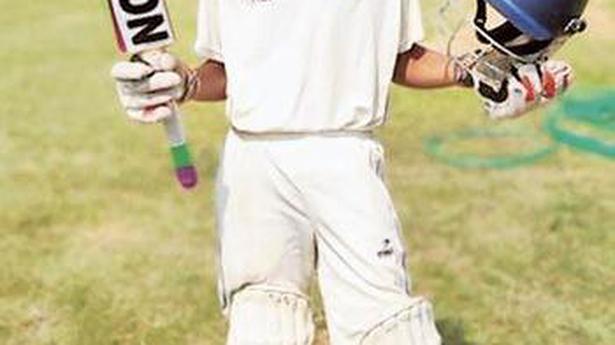 A budding cricketer from the city, named S.V. Rahul, has been picked up by the Andhra Cricket Association to undergo a month-long special training camp to improve technique at Haileybury in the United Kingdom.

The 13-year-old southpaw, who also bowls left-arm spin, has been a consistent performer in the district circuit and is a resident of Gajuwaka.

He is the State Captain for the Under-14 boys and District Captain for U-12 and U-14 (E. Godavari district). Rahul has scored two double centuries and three centuries and has won the man of the series. He also won the MSK Prasad Promising Youngster Award by Andhra Cricketers Reunion. He has also scored a number of centuries for his league club Vizag Star Lights, in the Fifth Division, in the last season.

As cricket gets another doorway, a look at the heap-of-sand paradox

Known for his swashbuckling batting style, wicketkeeper-batsman Rishabh Pant says the one thing that scares him is the anger of India skipper Virat Kohli. “I am not scared of anyone but Virat bhaiya ke gusse se dar lagta hai (I’m scared of Virat Kohli’s anger),” Pant said in a video posted by his IPL team, […]

Ranji Trophy | We had to make two teams one: J&K coach

Very early into his tenure as the Jammu & Kashmir coach, Milap Mewada realised one thing: this was not a united team. So when Mewada and Irfan Pathan drew up a plan for the future last year, they quickly decided that one thing had to happen. “We needed to remove the ‘and’ in Jammu and […]