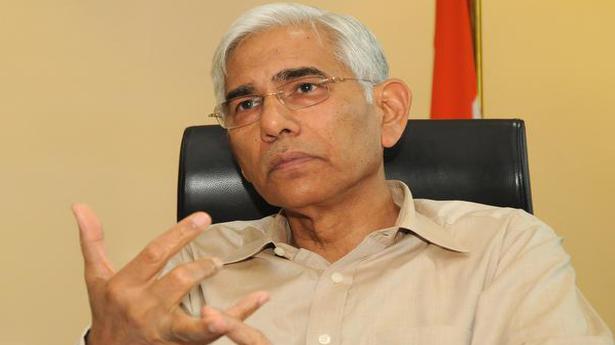 The Committee of Administrators (CoA) will continue to emphasise its stand regarding “isolation” of Pakistan in the international cricket fraternity.

The CoA will raise the issue at its meeting with ICC chairman Shashank Manohar in Mumbai on March 18.

Even though Manohar had made the ICC stance clear that it was a subject which did not fall within its domain, the CoA is in no mood to relent.

The CoA chairman Vinod Rai insisted, “The letter [seeking Pakistan’s isolation] was placed [in the ICC meeting in Dubai recently]. It is a process which goes slow. “Have we been able to boycott any of the countries in the Security Council? The process goes on slowly. We have started the process.”

India’s lack of WADA compliance was also discussed. The BCCI had steadfastly maintained it does not have faith in the National Anti-Doping Agency (NADA). To become WADA-compliant, the BCCI must to allow its players’ samples be tested by NADA at the National Dope Testing Laboratory (NDTL).

The ICC had stated its stand last week, “The (ICC) Board unanimously acknowledged its desire to remain WADA-compliant and committed to working in partnership with the BCCI, WADA and India NADA (National Anti-Doping Agency) to resolve the issue as a matter of urgency.”

According to the CoA, the player contracts for the next season were finalised at the meeting.

Kapil Dev expressed delight at the emergence of the fast bowling unit and its increased presence in Team India’s performances. “It is important to give youngsters an opportunity to show their talent,” said the former India all-rounder. He pointed out that a pace attack develops over time. “It takes time (to build a group of […]

Australia will be favourite down under, says Steve Waugh

When Sachin Tendulkar points out someone as the cricketer who reminds him of himself, there is bound to be a lot of interest on the player. But former Australian captain Steve Waugh does not think Marnus Labuschagne could turn out to be someone like Tendulkar though he is very impressed with 25-year-old. “Maybe he’s trying […]

The proposal is for a shorter tournament with fewer group-stage matches Source: thehindu.com Related