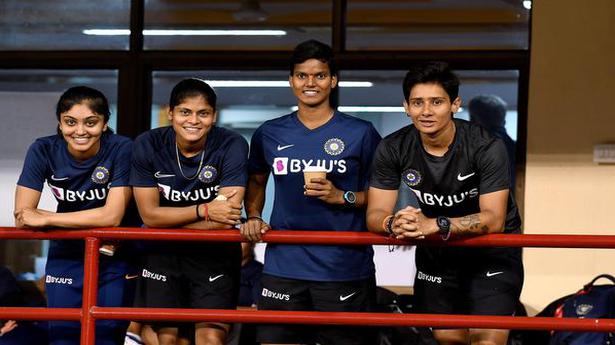 Just like two nights earlier, they came, they cheered and enjoyed themselves at the Lalbhai Contractor stadium. Despite the disappointment of the second T20I between India and South Africa women being abandoned due to persistent rain, a couple of locals were overheard discussing Deepti Sharma as “Sanasanatibharya (sensational)” the other day.

For a spinner to leave such an impression — that too in a T20 game — is rare. But with the kind of outing the all-rounder had — especially with her loopy off-breaks — in the series-opener on Sunday one wasn’t surprised to hear fans being spellbound with her match-winning spell.

More than her three scalps that rattled the Proteas, the highlight of her spell that read 4-3-8-3 was the number in the second column. The Agra girl was so tidy that she became the first Indian cricketer to bowl three maiden overs in a T20 game. Moreover, the first runs she conceded were off her 19th ball, when she was bowling the penultimate over of the match.

While she is used to doing all the talking with the ball and her left-handed exploits on the field, Deepti is a woman of few words. But her captain Harmanpreet Kaur couldn’t stop raving about her reliable all-rounder’s contribution.

“Deepti is now an experienced player. She understands how to bowl when. She reads the track pretty quickly. Her four overs were pretty crucial for us. She creating pressure helped other bowlers,” Harmanpreet said after Tuesday’s narrow win.

While she was miserly with the ball, her 46-run partnership — the highest of the match — with Harmanpreet also emerged as one of the key factors in giving India the lead in the five-match series.

Having been in the international arena for five years, Deepti still remains one the most under-rated and under-utilised cricketers in India’s dressing room. Having also had a decent outing in the Kia Super League — her first overseas league appearance — Deepti seems to have staked yet another claim with her performance in the first T20I. Perhaps by the end of the ongoing series, she will be valued more, on and off the field.

Steve Smith is undermining skipper Tim Paine by trying to set the field in the second Test against Pakistan: Ian Chappell

Former Australian captain Ian Chappell feels Steve Smith undermined current skipper Tim Paine by trying to set the field in the second Test against Pakistan, which the home team won by an innings and 48 runs here on Monday. Smith captained the team before losing the position in the aftermath of the ball-tampering scandal last […]

The showpiece, scheduled to start in February 2021, was postponed by a year due to the raging pandemic. Source: thehindu.com Related

Pant could have been the difference at the World Cup: Ponting

It was the eve of the first game for Delhi Capitals since the Indian team for the World Cup was named and coach Ricky Ponting had a few things to say about Rishabh Pant’s exclusion. The pre-match press meet for the team had little to do with the game and everything with Pant. And Ponting […]