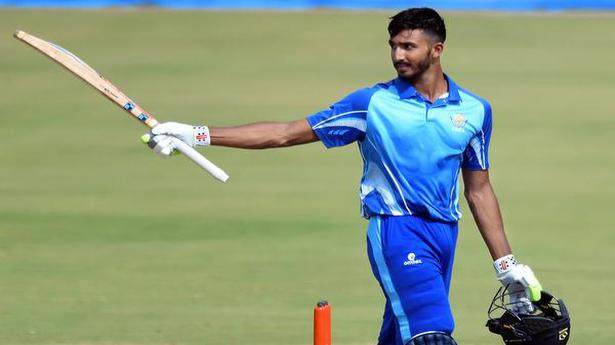 As the Deodhar Trophy enters the 48th edition at the JSCA Stadium here on Thursday, it may seem to have lost a lot of relevance, but it still provides a valuable platform for promising youngsters like Devdutt Padikkal, Vishnu Vinod and Yashashvi Jaiswal.

There is hardly any buzz about the tournament in the city, which witnessed India complete a 3-0 whitewash against South Africa in the Test series just over a week ago.

The three teams — India-A, India-B and India-C led by Hanuma Vihari, Parthiv Patel and Shubman Gill respectively — have got several top players who featured in the recently-concluded Test series, the last World Cup, the last Indian Premier League (IPL) and the Vijay Hazare Trophy one-day tournament. But it does not encourage many.

Even the response of the Board of Control for Cricket in India (BCCI) is lukewarm. The BCCI has been experimenting with the tournament by converting it from an inter-zonal one-day event to a strange mix of India-A, India-B and Vijay Hazare champion in 2015-16 and then to the present form, which discourages regional pride, in 2018-19.

Getting information was a hard job. The captains and the curator were restricted from sharing their comments.

Nevertheless, preparations were in full swing for the tournament, which will be played on a round-robin format followed by the final. The live broadcast will begin from the neat and sprawling complex at 8.45 a.m.

The teams will get some encouragement if some die-hard fans turn up to have a glimpse of well-known players like R. Ashwin, Dinesh Karthik, Hanuma Vihari, Mayank Agarwal, Vijay Shankar, Kedar Jadhav, Mohammed Siraj, Axar Patel and Shahbaz Nadeem.

The performance here may put the players in the limelight for National selection for the forthcoming home one-day series against West Indies, Sri Lanka and Australia.

Sunil Joshi’s first meeting as the selection committee chairman is likely to be more of an injury update as the selectors will take a stock of three sidelined players who have made a strong comeback this week during an invitational T20 tournament in Navi Mumbai. Hardik Pandya, Shikhar Dhawan and Bhuvneshwar Kumar have all represented […]

Zimbabwe captain Hamilton Masakadza could not hold back the tears when announcing to his players that Friday’s match against Afghanistan would be his last in internationals. The 36-year-old was given a guard of honour by both sides as he came in to bat in Chittagong and then hit 71 off 42 balls to take Zimbabwe […]

India vs New Zealand | Every condition for us is home condition, says Rahane

Normally quiet and introspective in nature, Ajinkya Rahane lets his bat do the talking. He is short in stature, possesses rapier-like strokes, can be solid in defence and delivers when his team needs him to. In India’s last Test at the Basin Reserve, in 2014, Rahane notched up a brilliant 118. Predictably, he has fond […]