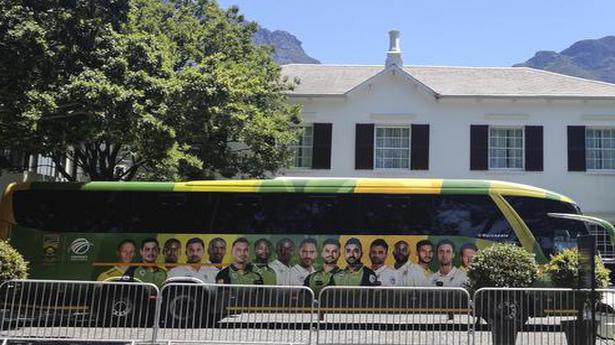 England’s One-Day International series against South Africa has been cancelled after reported breaches of the teams’ bio-secure environment in Cape Town, Sky Sports reported on Monday.

One South Africa player and two hotel staff are confirmed COVID-19 cases from within the bio-secure hotel, while England said on Sunday that they had two “unconfirmed positive results” among their touring party.

The news will be a massive financial blow to embattled Cricket South Africa (CSA) and also casts doubt on their ability to host future tours, with Sri Lanka, Pakistan and Australia all set to play in the country in the coming months.

The South Africa team and Vineyard Hotel management said they had investigated how the coronavirus may have been contracted within the bio-secure environment without success, though they denied any players or staff had left the venue without authorisation.

It is a disappointing end to what was supposed to be a welcome, money-spinning return to international cricket for South Africa, who had been inactive since March when they cut short a limited overs tour to India.

Since then they have seen tours to Sri Lanka and West Indies postponed, placing enormous financial pressure on CSA.

They did manage to play three matches in a home Twenty20 series against England prior to the ODI series that were all won by the tourists.

But the 50-over series that was due to start on Friday was at first postponed to Sunday when an unnamed South Africa player tested positive and now has been scrapped altogether as concerns over the bio-secure environment grow.

Featuring India’s most revered cricketers like Sachin Tendulkar and Virat Kohli, the Board of Control for Cricket in India (BCCI) has created a new video under the title Team Mask Force to promote wearing masks in public places and help the country battle the COVID-19 pandemic. The Team Mask Force has been created to spread […]

From Tendulkar Drive to Dev Terrace and Kohli Crescent

Fortunate to have played with Kohli, says Kane Williamson

They started around the same time in the 2008 U-19 WC Source: thehindu.com Related