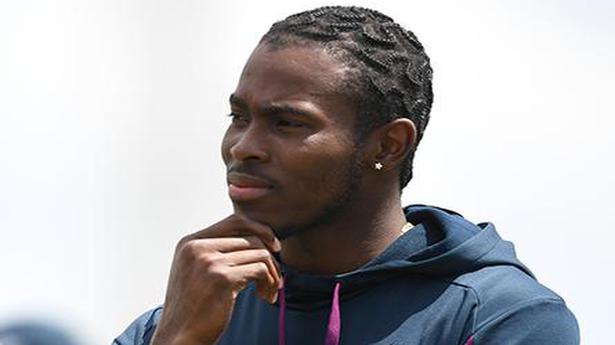 New Zealand Cricket bosses said on Monday that they will personally apologise to England fast bowler Jofra Archer after he was racially abused during the first Test here.

The Barbados-born Archer, considered one of the most promising all-rounders in world cricket, tweeted that he was disturbed to hear racial insults “whilst battling to help save my team”.

The 24-year-old featured in a late show of resistance with Sam Curran in a 59-run stand for the ninth wicket before New Zealand wrapped up the match for an innings and 65-run victory.

“A bit disturbing hearing racial insults whilst battling to help save my team, the crowd was been amazing this week except for that one guy,” Archer tweeted.

NZC “will contact Mr. Archer tomorrow to apologise for the unacceptable experience, and to promise increased vigilance in the matter when the teams next meet in Hamilton,” Boock said.

He said they will also examine CCTV footage in an attempt to identify the person responsible and will refer any relevant information to the police.

The second Test between New Zealand and England starts in Hamilton on Friday.

The in-form Prithvi Shaw on Monday took another step towards an India comeback after being named in the ‘A’ squad for the tour of New Zealand. Shaw has been in good touch since returning from an eight-month doping ban last month. The youngster made a spectacular double hundred in Mumbai’s Ranji Trophy-opener against Baroda. Selection […]

You cannot curtail natural instincts of a player like Rishabh, says Pravin Amre

Rishabh Pant often cops flak for not being able to take his team past the finishing line but Delhi Capitals scouting head Pravin Amre feels the criticism is uncalled for as “you cannot curtail the natural instincts of a special player like him”. After Delhi’s successful IPL campaign which saw them reach the play-offs for […]