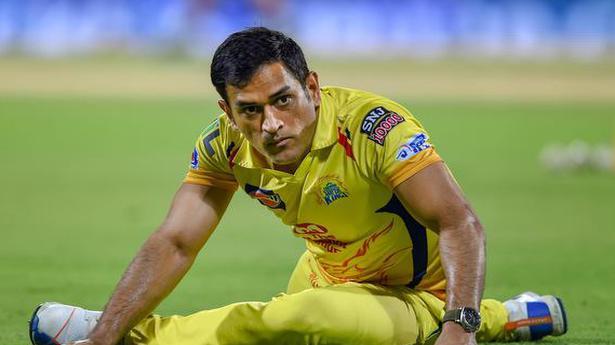 Chennai Super Kings skipper Mahendra Singh Dhoni was on Friday ruled out of their IPL game against Mumbai Indians owing to fever, the franchise said.

The twice World Cup-winning captain is missing a CSK match only for the second time since 2010.

“Thala (Dhoni) missing out a game for the second time this season, this time due to fever!” CSK wrote on its twitter handle.

This is the second time Dhoni has missed a CSK game this season — the first being against Sunrisers Hyderabad because of back spasms. The three-time Indian Premier League winners lost that match.

“MS and Jaddu are not well, they have fever and they will miss today’s game. We have three changes: MS, Jaddu and one more player is not playing (Faf). Dhruv Shorey, Murali Vijay and Santner come in,” Raina said after winning the toss at Chepauk.

This is only the fourth IPL match Dhoni is not playing for CSK.

ICC on the horns of a dilemma

The COVID-19 pandemic has led to a state of uncertainty all over the world. Sport is no exception, with sports bodies unsure of when live sport will resume, even if in front of empty stands. The International Cricket Council (ICC), meanwhile, finds itself in a Catch-22 situation vis-a-vis its restructuring plans. While the T20 World […]

Angelo Mathews scored a maiden Test double-century as Sri Lanka took control of the first Test against Zimbabwe at the close of day four at the Harare Sports Club on Wednesday. Mathews was unbeaten on 200 from 468 balls after batting for exactly 10 hours to lead the tourists to 515 for nine declared and […]