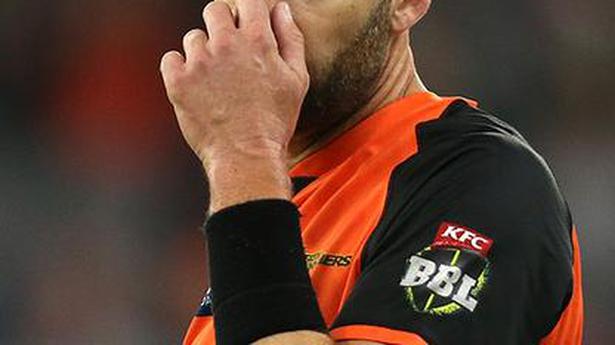 Captain Aaron Finch was cleared on Saturday to play in Australia’s opening T20 against Sri Lanka on Sunday, but fast bowler Andrew Tye has been ruled out of the series.

There were fears that Finch might not recover from a side strain he has been nursing for a fortnight, but he was given the all-clear to open the innings with David Warner.

“I was a bit worried about throwing yesterday,” Finch told reporters in Adelaide after a training session ahead of the first game. “It didn’t progress all that quickly, but the last three days it has been really good. I feel confident to go.”

But short-form specialist Tye, who is usually deployed at the death, will take no part in the three-match campaign after injuring his right elbow while fielding on Friday.

Finch said: “I think it was one of the first drills he did. He was a bit off balance and felt a bit of a pop in there,” the captain said.

Despite Tye’s absence, Australia has plenty of bowling firepower at its disposal, including Mitchell Starc, Pat Cummins, Billy Stanlake and Kane Richardson.

After Adelaide, Australia faces the Lasith Malinga-led Sri Lankans in Brisbane and Melbourne before Pakistan arrives for T20s in Sydney, Canberra and Perth.

The hand that wields a sledgehammer also caresses the canvas with delicate brushstrokes. Shahrukh Khan is a big lad who can land powerful blows; he also has the soft touch and the gift of timing. Shahrukh’s 43-ball 59 (6×4, 2×6) on a surface of inconsistent bounce was a major factor in Lyca Kovai Kings’ 15-run […]

‘You can’t play five Tests and get the same amount of points if you play two’ Source: thehindu.com Related