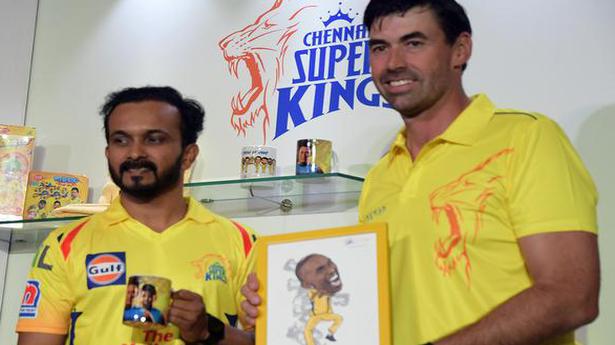 Stephen Fleming is a shrewd operator. He is a behind-the-scenes man who lays much emphasis on planning and execution.

The New Zealander’s chemistry with Mahendra Singh Dhoni has been a significant factor in Chennai Super King’s successes. They speak the same language — that of commitment.

As the defending IPL champion, the pressure will be on CSK but the weight of expectations sits lightly on Fleming ahead of a fresh campaign.

And, predictably, the CSK coach has loads of faith in Dhoni’s ability. Fleming said here on Wednesday, “Dhoni batted pretty much at No. 4 last year but we do use him in a little bit of flexible role, so that won’t change. His form has been outstanding in the last 10 months.”

He noted, “Our challenge is to win the cup again. It’s difficult, takes a lot of things to work for you. We’ve come back and rebased ourselves on what we need to do from a skill point of view to compete with seven other very good sides.”

CSK is a side that handles stressful situations exceptionally well. “Last year we won the key moments. We focus on team culture and empower the players to make decisions. And last year was a snapshot of that,” he said.

Fleming comprehended that CSK was a star-studded side but highlighted team-work. “I will keep coming back to backing the players we have got and try to maximise even if it’s the 14th or 15th or 16th player. We really value their input.”

The CSK coach stressed experience. “We have openly said we prefer experienced players because they identify big moments and last year they won them. That’s our challenge again. We work hard on our relationships and on one-on-one coaching rather than re-buy a team every year.”

Fleming was pleased that left-arm spinning all-rounder Mitchell Santnerwas back in the squad. “Mitch has a great record in the subcontinent. We obviously missed him last year — so again it’s like a new signing.”

He dwelt on balance. “We have a strong top order and we have good variations. We backed our pace bowlers last year and they made the adjustment to Pune last year. Chennai still has a role for the pace bowlers; we’re conscious of a good balance.”

Asked whether the looming World Cup would impact the team along the two-month IPL journey, Fleming said he was aware that some foreign players could leave early. As far as the Indian players were concerned he said, “Probably managing the workload of the bowlers will be the only discussion. It will have an influence — but it will be minimal for CSK.”

Mighty Australia goes into its home Twenty20 World Cup this week as overwhelming favourite as it looks to cement its superiority in women’s cricket and draw a world-record crowd in the process. Meg Lanning’s defending champion, and four-time winner, was rarely tested through the second half of 2019 when it whitewashed an injury-ravaged West Indies […]

Ahead of Tuesday’s meeting with RCB at the M. Chinnaswamy Stadium, it was pointed out to Shreyas Gopal that he had enjoyed some success against A.B. de Villiers and Virat Kohli. “It would be great to have that again,” he laughed. “But they’re world class players and they’re going to come hard.” They did go […]

Why compare me with Kohli or any other Indian player, asks Babar

“I would be more happy if you compare to me say a Javed Miandad, Muhammad Yousuf or Younis Khan.” Source: thehindu.com Related