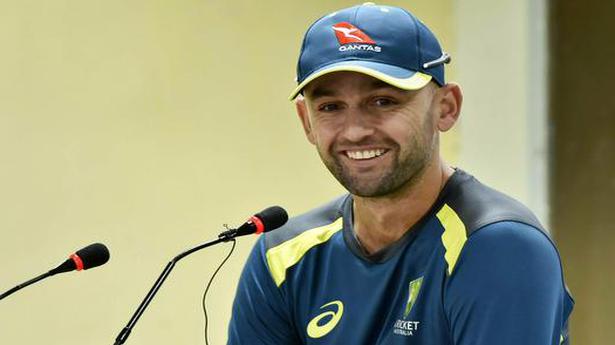 Bhuvneshwar Kumar on Thursday said the players might speak to their respective Indian Premier League (IPL) franchises and find a way to reduce their workload in the run-up to the World Cup.

Bhuvneshwar, who returned to the side for the remaining one-dayers against Australia, said the focus would be on the World Cup.

“That’s something that’s there in all our minds. We have to manage everything. We cannot decide how much we are going to play.

“It will come into play after the first half of IPL, six-seven matches, then we will know how to approach the second half and what to do to remain fit for the World Cup,” Bhuvneshwar here on Thursday.

“There isn’t a surety for anything… If I feel that I am tired, then (sic) we can take rest. It’s up to the franchise. I am sure they will cooperate because the World Cup is very important.”

According to Bhuvneshwar, the remaining three ODIs would be important in the run-up to the World Cup.

“These are crucial matches. IPL is where we polish our skills and be in form. So we are approaching them as the last matches before the World Cup.”

Australian off-spinner Nathan Lyon said his side had not given up hope even after losing two matches.

“We believe we can still come out and win the series. We have got to come out here and believe that we can win three matches. It is going to be one hell of a challenge against one of the best side in their home conditions.”

Lyon did not agree that his team choked under pressure.

“Choke is a pretty strong word. We are a young side, trying to get better,” he said.

It boiled down to gaining the experience to thrive in a high pressure environment such as the World Cup, he said.

“It has been a close contest if you break down the games… for me, it is a taster for what may be around the corner,” said the Australia’s lead spinner.

The second tour match, scheduled to begin from December 11, will be played with a pink ball. India will look to figure out their playing XI as the Test squad gets into the groove by taking on Australia ‘A’ in a three-day warm-up game at Drummoyne Oval from Sunday. With India and Australia playing the […]

When romance, results come together, it is

Forget the back story, cynical sports editors would repeat in the old days, judge a team purely by its performance on the field. Were the players good enough to score runs, good enough to take wickets and hold catches? Did they score at least one run more than their opponents at the end of the […]

Cricket South Africa chief executive Thabang Moroe has been suspended following allegations of misconduct, the CSA said on Friday. The CSA, which placed Moroe on what it termed a “precautionary suspension”, has been grappling with operational shortcoming and a possible players’ strike ahead of a home series against England. The decision follows reports received by […]