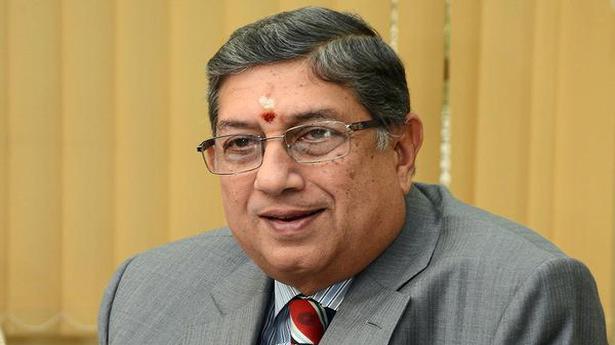 Minutes after the newly-elected office-bearers of the Board of Control for Cricket in India (BCCI) took charge, a few high-profile individuals were asked to vacate the meeting of the BCCI affiliates’ representatives here on Wednesday.

After the short General Body meeting, in which the Sourav Ganguly-led dispensation was handed over the reins, the BCCI members congregated for a meeting. The three erstwhile office-bearers — acting president C.K. Khanna, acting secretary Amitabh Choudhary and treasurer Anirudh Chaudhry — were also invited along with the representatives of three non-compliant State Associations.

Once it was known that none of them were among the designated representatives of their respective State Associations, Khanna requested them to leave the conference room.

“Yes, I announced that uninvited guests should vacate the room,” Khanna confirmed to The Hindu.

The Cricket Association of Bengal (CAB) has obtained COVID-19 insurance cover for cricketers and match officials in the state. CAB Medical Committee chairman Pradip Dey and member Santanu Mitra had met representatives of SBI General Insurance (SBIGI) to ensure the cover. In response, SBIGI wrote to CAB president Avishek Dalmiya confirming the policies. “This is […]

The West Indies on Thursday announced their ODI and T20 squads for the upcoming tour of India, beginning next month. Kieron Pollard will continue to lead both the ODI and T20 squads with Nicholas Pooran as his deputy in the shorter format and Shai Hope taking over the role of the vice-captain in the ODIs. […]

Albie Morkel (54 not out off 30 balls) and Jonty Rhodes (53 not out off 40) helped South Africa defeat West Indies by six wickets with nine balls to spare in the UnAcademy Road Safety World Series match at the D.Y. Patil stadium on Wednesday. West Indies scored a modest 143 for eight in 20 […]