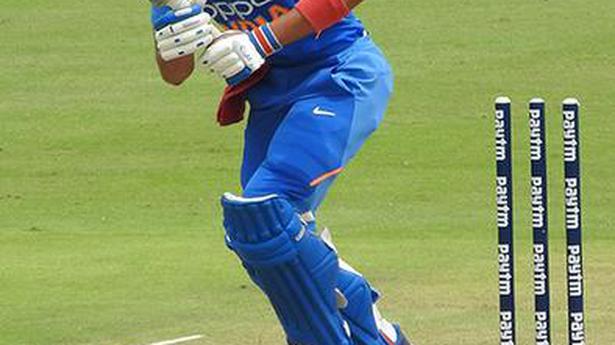 At a time when the electronic ‘zing’ bails have attracted much controversy for refusing to come off even after being clipped, the fourth one-dayer between India-A and Sri Lanka-A here on Thursday saw the removal of bails altogether!

Strong gusty winds that blew across the field ensured that the wooden bails — which are said to be much lighter than the ‘zing’ bails — couldn’t be used.

Law 8.5 of the MCC rule book does permit this, allowing the umpires “to dispense with the use of bails, if necessary.” But the rules put the onus on the umpires to decide whether the ball has struck the wicket or not.

Section 29.4.1 says that “after a decision to play without bails, the wicket has been put down if the umpire concerned is satisfied that the wicket has been struck by the ball, by the striker’s bat, person or items of his/her clothing or equipment.”

But it comes with its own challenges, said a senior umpire. “It’s one of the rarest of rare cases. We are used to not having bails in league cricket, but it doesn’t happen much at the First Class level. It is very tough to decide if the ball has hit the wicket. The challenge is when a batsman is bowled and the ball just brushes the stumps. It’s the same with run outs.”

Pakistan face Australia in the opening Test in Brisbane

Pakistan head into the opening Test in Brisbane on Thursday seeking a rare win on Australian soil, and could unleash a 16-year-old debutant in a teenage pace attack against seasoned stars Steve Smith and David Warner. Pakistan has drawn a series in Australia, but has never won one, and last tasted a Test victory at […]

A dream debut by the 22-year-old Alzarri Joseph fashioned Mumbai Indians’ remarkable 40-run win over Sunrisers Hyderabad in their IPL contest at the Rajiv Gandhi Stadium here on Saturday. The West Indies speedster finished with stunning figures of 3.4-1-12-6, the best in the IPL, bettering Sohail Tanvir’s six for 14 for Rajasthan Royals against Chennai […]

No play was possible in the Vijay Hazare Trophy Elite Group-A here on Tuesday due to wet ground conditions. The three fixtures on the day — Mumbai vs Saurashtra, Andhra vs Chhattisgarh and Karnataka vs Hyderabad — were called off without a ball being bowled after heavy overnight rains in the city. All the three […]