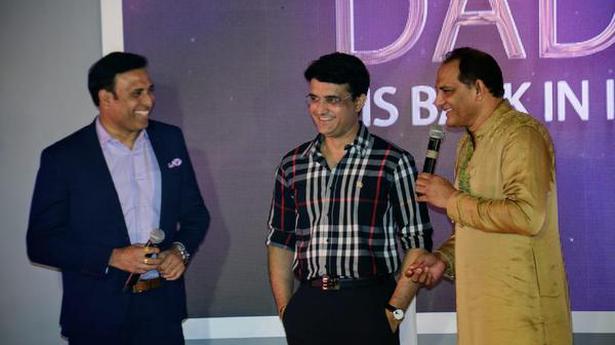 Board of Control for Cricket in India (BCCI) president Sourav Ganguly on Friday said that since India captain Virat Kohli favoured day-and-night Tests it would be easier to host the new avatar of the longer version of the game.

Speaking at a function organised by Cricket Association of Bengal (CAB) to felicitate him, Ganguly said the impression that Kohli didn’t like day-and-night Test was not correct.

“I am a big believer in day-and-night Tests. Virat Kohli is agreeable to it. The game needs to go forward,” said Ganguly.

The former India captain, who was instrumental in hosting the first-ever day-and-night pink ball cricket at the Eden Gardens here in 2016 during his tenure as CAB president, said the five-day format needed support to survive.

“Nobody thought T20 cricket would be like this. I am a firm believer in day-and-night Tests. Test cricket is seriously challenged by T20 and 50-over cricket… I don’t know when it will happen but I hope it happens.”

While touching upon various issues, Ganguly said the conflict of interest issue needed to be “more realistic.”

Ganguly stressed that he wanted the BCCI to be “credible and clean.”

V.V.S. Laxman, who played for India under Ganguly’s captaincy and then worked with him as a batting consultant at CAB, advised the BCCI chief to upgrade the National Cricket Academy (NCA).

Mohammed Azharuddin, who was Ganguly’s first captain in the Indian side and the current Hyderabad Cricket Association (HCA) president, expected the BCCI president to excel.

“I want Sourav, the BCCI president, to achieve more than what he has achieved as a player and a captain,” said Azharuddin, while thanking people of West Bengal for their support to him all the while.

Discussion on BCCI’s inability to get tax exemptions for 2021 T20 WC on waitlist too Source: thehindu.com Related

Batsmen have to execute the roles assigned to them: Rohit

It is among the most dominant outfits in world cricket in longer formats, but when it comes to the shortest avatar, the Men in Blue have been consistently inconsistent. One of the major issues to have plagued Virat Kohli and Co. in the last 12 months is the inability to win while batting first. As […]

Malinga one of the best in the world: Vaas

Former Sri Lanka spearhead Chaminda Vaas praised fast bowler Lasith Malinga for always giving his best, whether for club or country. On Malinga’s selection for the World Cup, Vaas said: “There is no doubt that he (Malinga) is one of the best in the world and the best in Sri Lanka. We depend on him […]